At a UN climate change summit, teenage activist Greta Thunberg criticized world leaders for using "clever accounting and creative PR" as a means to avoid real action on climate change. She said that the next decade would define the planet's future.

The 16-year-old activist's appearance at the summit comes after Brazilian President Jair Bolsonaro called her a "brat". The leader lashed out after Greta expressed concerns over the killing of indigenous Brazilians in the Amazon. Mr. Bolsonaro told reporters that as per Thunberg, the Indians died because they were defending the Amazon.

"It's impressive that the press is giving space to a brat like that," he added, using the Portuguese word for brat "pirralha".

In her speech, Greta accused world leaders and CEO's of making constant attempts to find loopholes to avoid making substantial changes, as reported by BBC.

Her statements at the COP25 Climate Conference in Madrid were met with applause. "The real danger is when politicians and CEOs are making it look like real action is happening when, in fact, almost nothing is being done apart from clever accounting and creative PR", the young Swede activist said. 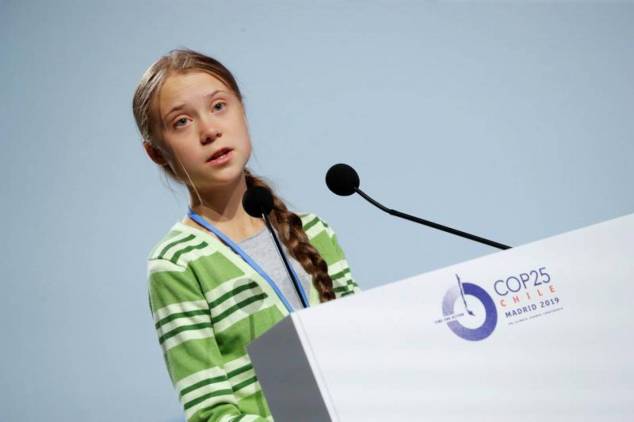 Summits on climate change seemed "to have turned into some kind of opportunity for countries to negotiate loopholes and to avoid raising their ambition", she added.

Pressing on the urgency to start taking climate change seriously, Greta said, "In just three weeks we will enter a new decade, a decade that will define our future. Right now, we are desperate for any sign of hope."

With 2019 nearly ending, Greta emphasized that the clock was ticking.