Harry and Meghan announced they would be stepping back as 'senior' members of the Royal Family.

Queen Elizabeth II of England will meet her grandson Prince Harry for a tête-à-tête for the first time on Monday after he and wife Meghan made the shocking announcement of stepping back as 'senior' members of the Royal Family.

Reportedly, the 93-year-old monarch has called for an emergency meeting to the discuss the future roles for Harry and Meghan at her Sandringham estate in Norfolk, where she will be joined by Prince Harry, the Duke of Sussex, his brother William, the Duke of Cambridge, and their father Charles, the Prince of Wales. Meghan, who is in Canada with the couple’s eight-month-old son Archie is expected to join the meeting over the phone. 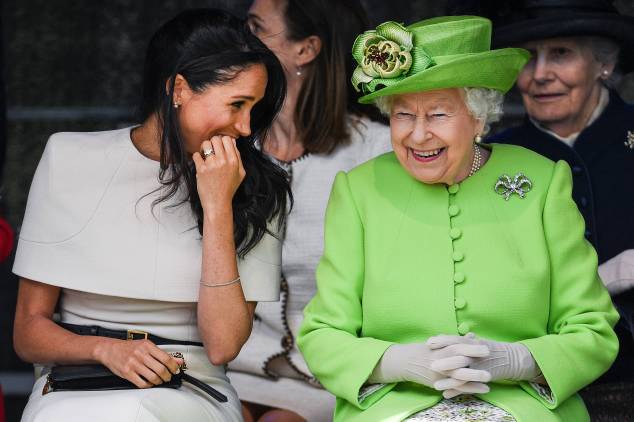 This meeting will be the first time Queen Elizabeth comes face-to-face with Prince Harry since the shocking announcement. As per royal insiders, the meeting will determine if the couple will retain their royal titles as the Duke and Duchess of Sussex. Other details are also expected to be hashed out but a conclusion in just one meeting is not expected.

The Royals of Sussex on Wednesday last week announced that they would be stepping back as 'senior' members of the Royal Family. By stepping down from their royal duties, the couple revealed that they plan to "become financially independent."  In their big revelation, they also made it clear that will continue to "fully support Her Majesty The Queen."

British Tabloids reported that the Royal Family was “hurt” and “blindsided” by Meghan Markle and Prince Harry's decision of stepping back from their royal duties.

“The family will gather on Monday at Sandringham to talk things through. The Queen, the Prince of Wales, the Duke of Cambridge and the Duke of Sussex will meet for the first time,” a Buckingham Palace source was quoted as saying by ‘The Telegraph’ on Sunday.

“Next steps will be agreed at the meeting and the request for this to be resolved at pace is still Her Majesty’s wish. The aim remains for this to be in days, not weeks. There is genuine agreement and understanding that any decision will take time to be implemented,” the source said.