MOUNT MAUNGANUI: Earth is round and KL Rahul is an outstanding batsman! Just wanted to put out some facts here. Though team India might have lost the ODI series against New Zealand but the wicketkeeper-batsman Rahul managed to shine bright by scoring a ton and taking his team to a respectable score of 296 runs.

With the knock of big 112 runs at Bay Oval, KL Rahul became the second Indian wicketkeeper-batsman to have scored century outside the continent of Asia. It was also his maiden ODI ton on the turf of New Zealand and his fourth one in overall.

Also Read: Wish This Nightmare Would Be Over: Vanessa Bryant

His namesake, Rahul Dravid is the first one to have reached the mark. It was during the 1999 ICC World Cup, when 'The Wall' played a massive knock of 145 runs and powered India to a huge total of 376 runs for 6 wickets in the 50-over game. He along with Sourav Ganguly, who scored 183 runs, played for a big partnership of 318 runs for the second wicket. 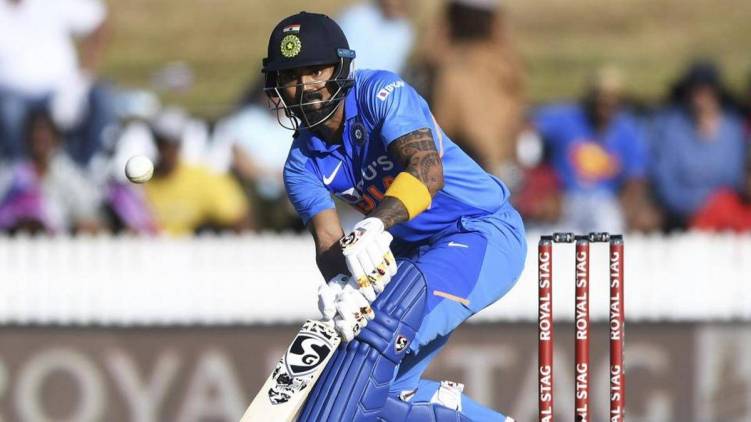 Not only this, KL Rahul's knock in the third ODI game against the Kiwis also made him the second Indian batsman to have scored hundred while playing at the Number 5 spot or below. Suresh Raina is the first one in this when he played ODI against Zimbabwe in 2015.

Also Read: INDvNZ ODI: It's A Clean Sweep For NZ; Wins The Series By 3-0

Shreyas Iyer and Manish Pandey also powered India to reach a total close to three hundred in the last match of the India vs New Zealand ODI series. However, their efforts were in vain as the Men in Blue failed to bag a single point and the Kiwis clean swept the series with 3-0.