What Our Enemies Couldn’t Do For Decades, Modi Has Done In 6 Years: Rahul Gandhi

New Delhi: On Monday, former Congress President Rahul Gandhi concluded a five-hour-long protest against the Citizenship Act 2019 at Rajghat with searing words for Prime Minister Narendra Modi. Gandhi blamed PM Modi for the slowing economy of the country and accused him of trying to spread hatred and break India.

Addressing the gathering at Rajghat, Rahul said, “What our enemies could not do for decades, Narendra Modi has done that in six years. You could not provide jobs, destroyed the economy and stalled our progress that is why you are hiding behind hate."

The main opposition party came together to express solidarity with students protesting against the implementation of the Citizenship Amendment Act and the proposed countrywide National Register of Citizens (NRC) in a 'Satyagraha' styled protest. The protest meeting was an attempt by Congress to recreate Mahatma Gandhi's non-violent resistance at his memorial. They also joined hands to protest against police “atrocities” on the youth and demanded protection of the rights of people as enshrined in the Constitution. 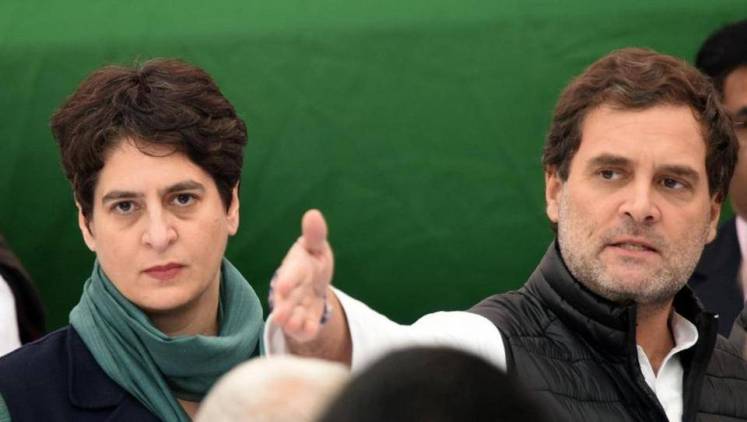 In a verbal attack on Modi, Rahul Gandhi said, “You have been taught by your organisation how to break the country and spread hatred. You are number one in doing so. The country will not let you attack the Constitution, suppress voice of ‘Bharat Mata’,"

A one-minute silence was also observed in the memory of those killed during the violent protests. Priyanka Gandi said that her party is determined to protect the Constitution in the name of all those “martyred” during the protests.