MUMBAI: Veteran actor Rishi Kapoor, who recently battled cancer and emerged victoriously, recently revealed that he does not watch his or his son Ranbir Kapoor's movies. As he cannot be a good judge of either of their's movies, he tries to avoid seeing them.

While being at an interview, senior Kapoor said that he has not watched Ranbir's hit films like 'Rockstar' or 'Tamasha'. He said, "I can’t watch my films, nor can I watch my son Ranbir’s films. I can’t judge a film. Neetu [wife] is very practical and she watches every film of both husband and son and gives us feedback. I have not seen Tamasha, Anjaana Anjaani, or Rockstar. I have no perspective on my films and Ranbir’s films. I can watch other people’s films, just not my own." 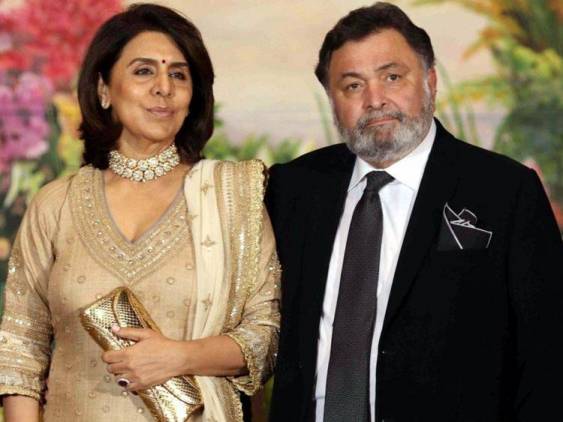 In the same interview, he also hinted that he and wife Neetu Kapoor may reunite on screen for the remake of 2003's hit film 'Baghban'. He said, "Who wants to see us buddhas (oldies)? We have done 16 films together, 13 of which were as hero and heroine. People want us to work together, and something is in the pipeline. We are doing a film where we get separated on our 40th wedding anniversary, and that’s the beginning of the film. It’s a remake of an Indian film, and I am thinking of doing that. But I do not wish to give away the title of the film."

Isn't that enough hint to infer what film they are talking about?

Also Read: Varun Reveals That Shraddha Was Unhappy Being The Second Choice For 'Street Dancer 3D'

Furthermore, when asked about his biggest competition, Rishi named himself saying, "I am my own competition; I have to challenge myself. Jo aadmi chota hota hai woh aise thinking karta hai (A small man would think like this). I always feel that in whatever I may be doing, I am the best and I am doing good work. I may be a zero in reality, but I think like that."