MUMBAI: 90s superhit 'Andaz Apna Apna' is probably Bollywood's one of the funniest movies. It is successful in tickling our ribs till date and now the sequel is definitely on cards and it's casting is going to be epic.

Sources close to the project revealed that director Rajkumar Santoshi is planning to direct the second part of 'Andaz Apna Apna. So, what about the cast? The same sources reveal that the director wants superstars Ranveer Singh and Ranbir Kapoor to step into the shoes of Salman Khan and Aamir Khan. Yes, we know it's too exciting!

Ranveer and Ranbir share a great rapport. They do have a common person in between, Deepika Padukone. But letting the bygones be bygones, three of them including Ranbir's current girlfriend Alia Bhatt do have amazing chemistry together and that we have seen in several award functions.

The duo was seen in Karan Johar's chat show 'Koffee With Karan' season 5 and since then, fans are loving them together. That particular episode was a massive hit and this will be enough to say that if they do come together for a movie, it will be a massive hit. 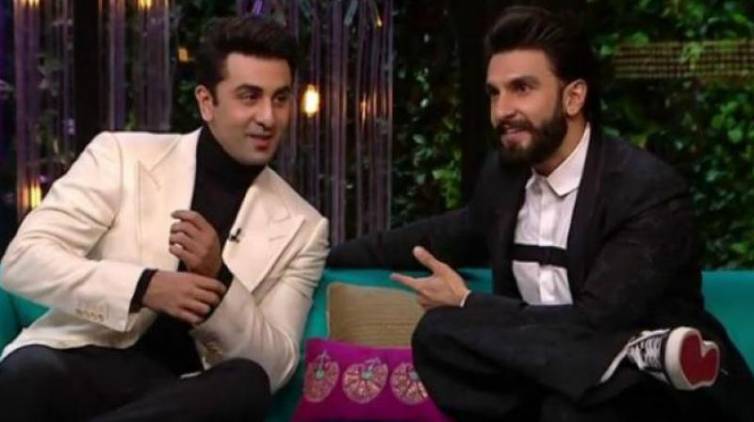 Rajkumar Santoshi is in talks with both the actors and for now, we have to wait for quite a while for the confirmation of such a good news. It will also be interesting to see which actresses will be part of this ambitious project. If everything goes as per plan then the movie will go on floors next year.

On the professional front, both the actors are busy with their better halves for their next film. Singh will be next seen in Kapil Dev's biopic ''83' alongside wifey Deepika Padukone, directed by Kabir Khan. Kapoor is busy shooting for Ayan Mukherjee directorial 'Brahmastra' that also stars Alia Bhatt.