MUMBAI: Shah Rukh Khan is Bollywood's one of the wittiest actors for sure but his wife Gauri Khan is no less! We all know that King Khan is on a work sabbatical for more than a year now and Mrs. Khan did not miss an opportunity to take a dig at her husband.

The actor visited Gauri's store where he was also clicked with her friends and colleagues. When she was asked what was her opinion on SRK's taste in design as she herself is an interior designer to which she replied that he has a great design sense and she would suggest to him as his second career option as he is not doing a movie. 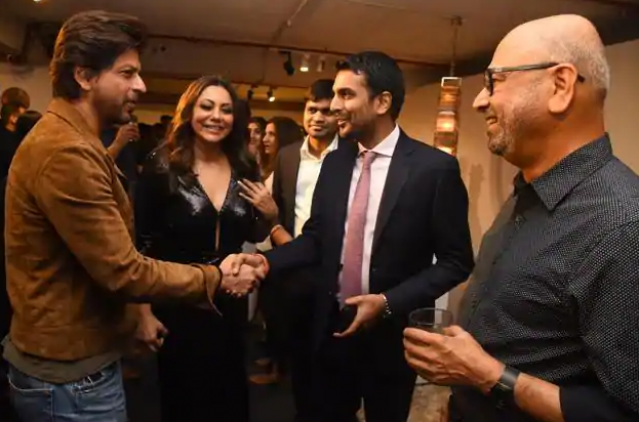 Also Read: After Baaghi, Tiger Shroff To Carry Forward Another Franchise Of Heropanti

She said, "Shah Rukh has a great taste in designing. As Shah Rukh is not doing any movie right now, I will tell him to keep his second option as a designer in the future because he is a great designer."

Not only Gauri, but even SRK also takes a potshot at himself and his recent flops over the last few years from time to time. While sitting with Jeff Bezos and Zoya Akhtar, Khan took a jibe at himself. When Bezos said, "I was talking to him (gestures towards SRK) backstage and he (Shah Rukh) is one of the most humble people I have ever met," following which the 'Dilwale' actor remained true to his style and instantly replied, "That’s only because my last few films did not work well."

Shah Rukh was last seen in Anand L Rai directorial 'Zero' alongside Anushka Sharma and Katrina Kaif. Post the 2018 film, the actor has taken a break from the movies and is yet to announce any of his upcoming movies. However, reports state that he will be starring in a Raj Nidimoru and Krishna DK film.