MUMBAI: Deepika Padukone has been the talk of the town ever since the trailer of 'Chhapaak' dropped. Besides this, we will also see her in Ranveer Singh starrer ''83' playing the role of Kapil Dev's wife Romi Devi. While we think that the actress would have gotten quite familiar with cricket, she recently revealed that she does watch the game and Rahul Dravid is her favorite player.

Recently she was seen in Star Sports' show Nerolac Cricket Live where she said that she watches cricket along with her husband Ranveer Singh. She said, "Ranveer and I watch matches together, he is a very big football fan which everyone knows – but he is also a big cricket fan. We don’t watch every single match, but yes, when there are important games, we either make it a point to sit with each other or with family and friends and make it an event, like the whole nation does."

She further revealed that her favorite cricket player is "The Wall" Rahul Dravid. She said, "My all-time favorite cricketer is Rahul Dravid; a lot of my idols are not what they have done in the sport and the game, but how they have conducted themselves outside – for me he is somebody I have admired and looked up to, and, he is from Bangalore."

The Padmaavat actress had quite a fun time on the show. She even played some good shots along with the hosts of the show. 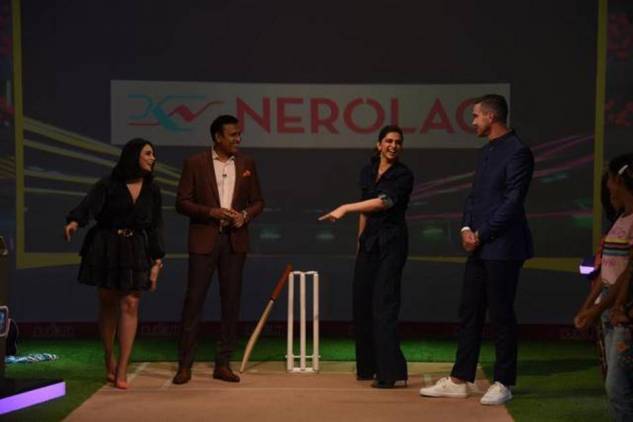 Also Read: 'Chhapaak' Trailer Out: Another Masterpiece By Meghna Gulzar!

Deepika will be next seen in two big projects 'Chhapaak' and ''83'. She will be on the silver screen after a gap of two years and was last seen in another hit 'Padmaavat'. The trailer of 'Chhapaak' (that dropped two days ago) showed her powerful acting skills. She is playing the role of Malti that is based on real-life acid attack survivor and activist Laxmi Agarwal.

The Meghna Gulzar directorial will be releasing on 10th January and will clash with Ajay Devgn's 'Tanhaji: The Unsung Warrior'.