NEW DELHI: Actor Deepika Padukone reached the Jawaharlal Nehru University to join the protesting students against a violent attack carried out by a mob of masked goons on Sunday. The 'Padmavat' actress was seen on Tuesday evening, standing with the students in solidarity as they raised their voice against the unsolicited assault. 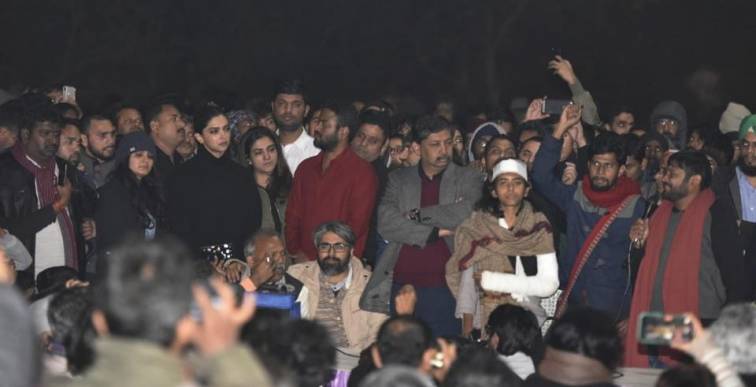 Deepika, who was in the national capital for the last two days to promote her upcoming film 'Chhapaak', reached JNU on Tuesday and said she did not want to speak and had simply come to express her solidarity with the students. In an interview with NDTV, the actress had addressed the JNU violence. "I feel proud to see that we aren’t scared to express ourselves... I think the fact that we are thinking about the country and its future.... Whatever may be our point of view, it’s nice to see,” Deepika said in the interview on Monday. 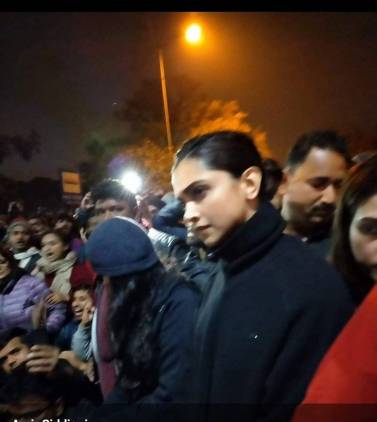 Her presence at the university caused an uproar on Twitter as hashtags #boycottchhapaak and #ISupportDeepika trended simultaneously. Well, internet displays double-standards as Netizens call out celebrities for not speaking up on important issue but when they do take a stand, they are dragged down by one section.

As @rickygervais said a majority of Hollywood celebrities don't know any ground reality and know nothing. Bollywood celebrities are no different, they will go wherever there's crowd today it's a protest tomorrow it could be JCB Ki Khudai site. #DeepikaPadukone

Nevertheless, a section of Bollywood is not shying away from raising their voices. On Monday night, celebrities such as directors Vishal Bhardwaj, Anurag Kashyap, Zoya Akhtar and actors Taapsee Pannu and Richa Chadha turned up at Carter Road in Mumbai to stand in solidarity with those protesting against the violence at the JNU.

On Sunday, a masked mob of young people trespassed the JNU campus and launched a systematic attack, targetting students in three hostels. The goons unleashed chaos with sticks, stones, and iron rods, as they thrashed furniture, windows, and personal belongings. They also brutally attacked faculty members, injuring over 33 people.