Bollywood stands in solidarity with those protesting against the violence at the JNU.

Mumbai: Popular names from the film industry came together at Carter Road on Tuesday, to stand in solidarity with those protesting against the violence at the JNU.

The peaceful gathering saw in attendance the "woke" section of Bollywood that is not afraid to shed the popular cloak of diplomacy. Hundreds turned up, with celebrities at the forefront of what was a peaceful protest against an unsolicited attack on the faculty and students of the Jawaharlal Nehru University. Swara Bhasker, Sudhir Mishra,  Zoya Akhtar, Rekha Bhardwaj, Taapsee Pannu, Gauahar Khan, Anubhav Sinha, Dia Mirza, Rahul Dholakia, Ali Fazal, Neeraj Ghaywan, Reema Kagti, Hansal Mehta, Vikramaditya Motwane, Saurabh Shukla, Rajkumar Gupta joined the protesters. 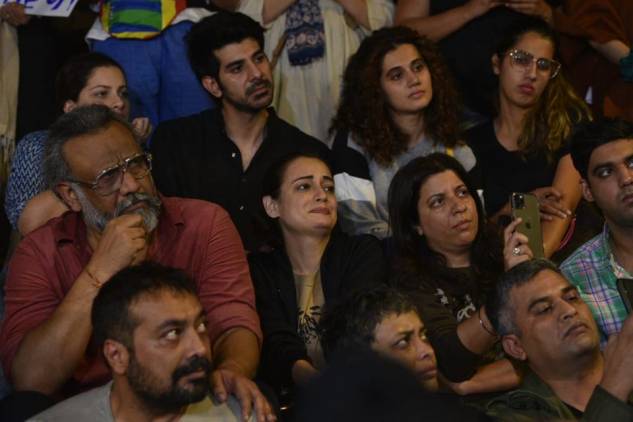 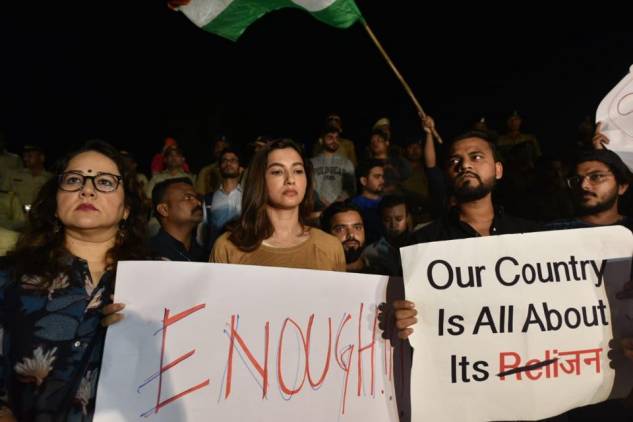 On Sunday, a masked mob of young people trespassed the JNU campus and launched a systematic attack, targetting students in three hostels. The goons unleashed chaos with sticks, stones, and iron rods, as they thrashed furniture, windows, and personal belongings. They also brutally attacked faculty members, injuring over 33 people.

This savage attack triggered countrywide protests with more voices chiming in for the resignation of the vice-chancellor, who is taking the heat for inaction during the violence even as teachers and students were beaten. 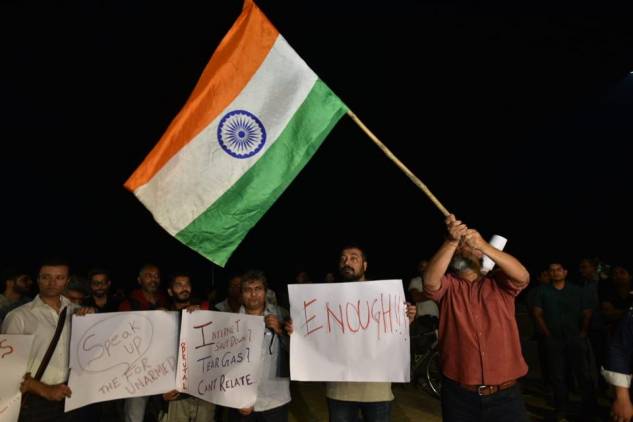 “We are with the students of all the three universities (Aligarh, Jamia, and JNU) who were attacked,” Anubhav Sinha said. “We want to tell them, we are with them and we will stand for them every time.”

Anurag Kashyap said “I condemn the way police are controlled. Common man has been intimidated so much that now he is not afraid. We stand by the students and they are our inspiration.”

The director further added, “I ran away from Twitter and was busy in my work. I was like, ‘Why should I bother? I am earning money and doing my work. Students have shown me the way, they have woken me up. I returned because of them. I stand with them. I stand behind them. I am learning from them.” He said that the government should focus on real issues and stop dividing people in the name of religion.

“We aren’t fools. We are watching. We know how riots are caused, how these situations are created. We can see what you want to do and what’s your intention and where you are taking us. We won’t let you take us there,” Kashyap said. 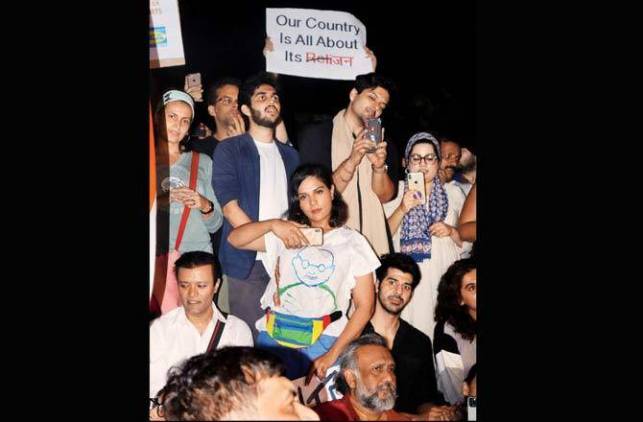 Swara Bhaskar said,  “There’s a saying in Hindi, ‘Bahut hua sammaan (Enough of showing respect),” she said. “So, we have reached that stage in this country where we have shown enough respect to the government, the law and order machinery, which have repeatedly failed to fulfill their responsibility.” 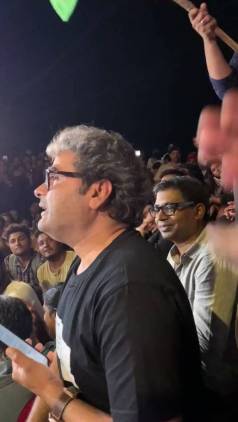 He was wearing a black T-shirt that read-- "I want this government to be criticized. Criticism makes democracy strong", lines famously said by Prime Minister Narendra Modi. The filmmakers also sang 'Ao Na' from his acclaimed political drama Haider as the crowd cheered.

The Lions of Bollywood 👉@anuragkashyap72 & @anubhavsinha not just Tweeting & Doing Desh Bhakti.. Actually Stepping out to Protest in support of #JNU students #IStandwithAnuragKashyappic.twitter.com/FJSKCy61Fr

The 2-hour-long protest concluded with the crowd chanting “Inquilab Zindabad” and singing the national anthem.