The honor was obviously a proud moment for him and the Bachchans as the Satte Pe Satta actor also shared a heartfelt note on his personal blog. Besides words, he also shared some precious moments from the ceremony. He wrote, "there are times in the life of us all when we assimilate without any assimilation of the times past and gone by .. .. when the years strike back at you and you wonder whether are you really the eldest in the gathering then a sudden temperament invades the being and there is a silent thought that wishes for us all to do for them that have none .. .. these pictures say it all ... I am in pride for the recognition .. I am in pride for the recognition of my profession .. I am in pride of my Country and my Film Industry." 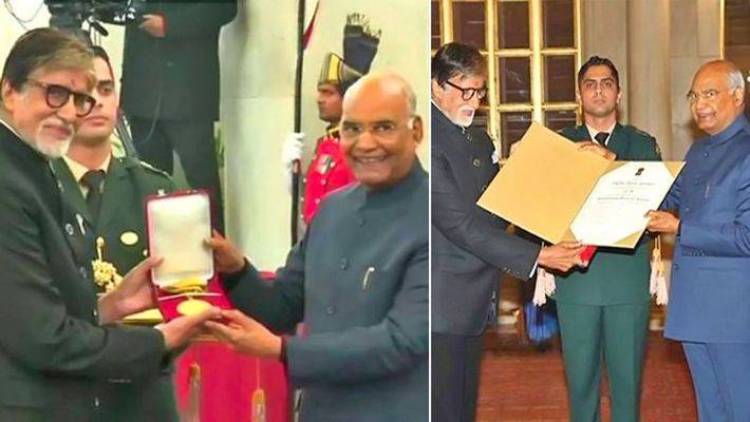 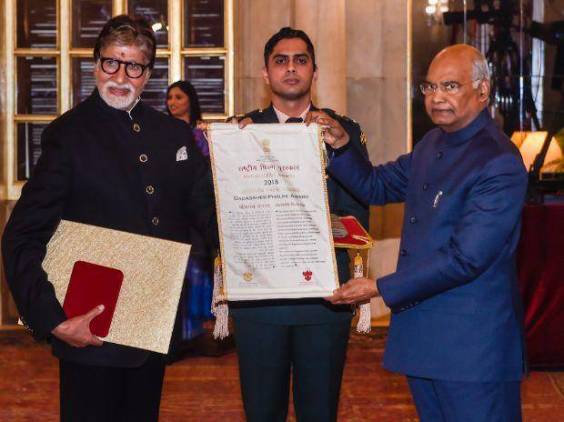 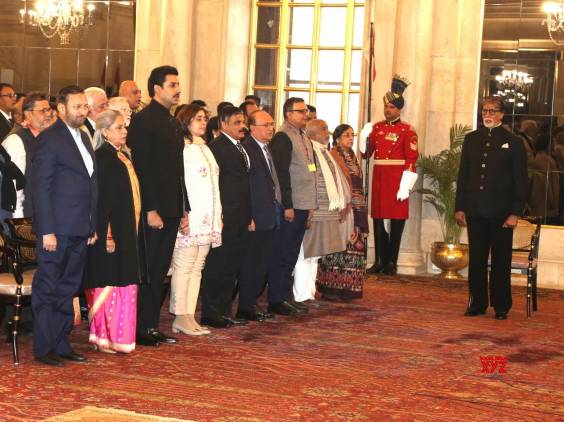 Wife Jaya Bachchan and son Abhishek Bachchan were seated in the audience applauding the megastar. After receiving the award, the actor started off with a joke saying that this award might be an indication for him to sit at home and relax after serving the industry for more than five decades.

He further said, "There is some more work I have to finish and certain possibilities are coming up where I may get a chance to do some work. I just wanted some clarification on this. God has been kind, there have been blessings of my parents, the support of the filmmakers, producers, co-actors from the industry, but I’m most indebted to the love and constant encouragement by the Indian audience. That’s the reason I’m standing here. I accept this award with utmost humility and gratitude."

Abhishek Bachchan too shared a picture of his father congratulating him and one more with him and his parents being in the same frame. Several congratulatory messages poured in by the celebrities for the senior Bachchan.