20 Years Of KNPH: Ameesha Patel Reveals She Never Planned To Go For Acting

MUMBAI: From the classic Hrithik Roshan's step in the song "Ek Pal Ka Jeena" to the thrilling romance, 'Kaho Naa... Pyaar Hai" will always hold a special place in our hearts. But, do you know it was all accidental for the debutant Ameesha Patel who luckily got the opportunity to act in the movie?

Ameesha revealed that acting was never a part of her plan and it was all destiny that landed her the chance to make her debut with such a great film. "I wasn’t even on Mr. Rakesh Roshan’s radar when he was contemplating Kaho Naa... Pyaar Hai", said the Bhool Bhulaiyaa actress before narrating the incidents that led to her success in the Bollywood.

She then went on and stated how she got so lucky to get spotted by Rakesh Roshan who later offered her the film and she could not say no. She said, "I wasn’t supposed to go for this party. My mother was unwell so I accompanied my father. We were leaving when Rakesh Uncle was entering. He did not recognize me and asked my father, ‘Amit who is this pretty young girl with you?’. The funniest thing is that after watching me dance at a common friend’s sangeet when I was 14/15, he expressed his desire to launch me alongside Hrithik. But my father declined." 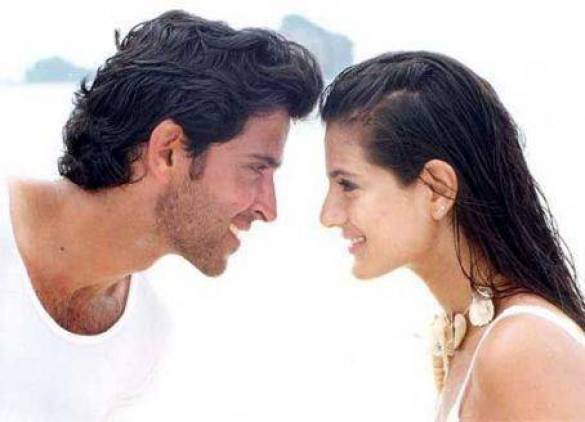 Then one fine day, the Roshans invited her and her family for lunch and there it all fell into place. She said, "After we got done, Rakesh Uncle offered me the film. I was on the set on the fourth day. We started with the cruise scene, that’ll always stay with me as a beautiful memory." She also expressed her gratitude and said that there would not have been any better film with which she could have started her career.

With the movie completing its 20 years, Ameesha Patel also completes her journey of two decades in the industry. The movie was also the first one for Junior Roshan as the main lead and that's just another big reason why we are so thankful for this classic. The whole journey in this glamorous world was "beautiful" for Ameesha as she said, "Right from Gadar (2001), Humraaz (2002), Bhool Bhulaiyaa, Honeymoon Travels Pvt. Ltd (both in 2007)... I got the opportunity to explore various roles. And this year marks my debut as a producer."