Two Missiles Fall Near US Embassy In Baghdad Amid Rising Tensions

Amid rising tensions between the United States and Iraq, two missiles landed near the US embassy in Iraq’s capital on Sunday. In response, Iraq's parliament warned the U.S. and other foreign troops to leave the country as crisis deepened.

Around 5,200 US soldiers are stationed in the country to prevent a resurgence of the Islamic State jihadist group. They were deployed as a part of the broader international coalition after the Iraqi government invited them in 2014 to help fight IS.

Ties between the two countries took a hit after the US military, on the direction of President Donald Trump carried out a drone strike on the Baghdad international airport that resulted in the killing of Iraq's top commander Qasem Soleimani and important military figure Abu Mahdi al-Muhandis.

Sunday's attack on the US embassy was the second consecutive night that the Green Zone was targeted and the 14th time over the last two months that US installations have been hit.

Also Read: Terrorist Plots In Delhi And London: Trump On Killing Of Soleimani 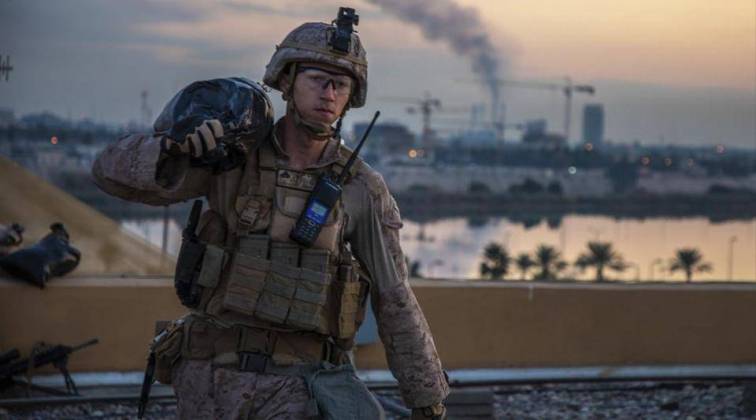 Enraged at Trumps' 'tweet threats' on Sunday that said the U.S. would hit  52 Iranian sites, including targets important to Iranian culture, if Tehran attacks Americans to avenge Soleimani’s death, an Iranian government minister labeled Trump as a “terrorist in a suit”.

Also Read: Foolish Escalation: Iran Lashes Out After Killing Of Soleimani In Airstrike

The attack on Sunday came hours after Iraq’s Hashed al-Shaabi military force cautioned Iraqi security forces to “get away” from US troops at joint bases across Iraq.