On Saturday, North Korean state media released pictures of him attending a ceremony at a fertiliser factory.

The images, which were published in the Rodong Sinmun newspaper, a smiling Kim can be spotted at the factory on Friday in Sunchon, near the capital Pyongyang. 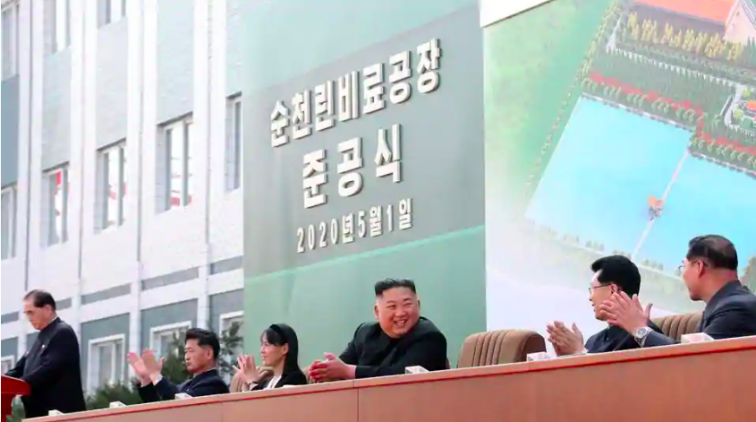 In the pictures, Kim Jong Un can be spotted with other senior officials including his sister and close adviser Kim Yo Jong. Following the North Korean dictator's first public appearance in weeks, US President Donald Trump said he “may” talk to Kim this weekend.

While talking to reporters at the White House he said: “We’ll have something to say about it at the appropriate time."

After Kim Jong Un failed tp attend the April 15 birthday celebrations of his late grandfather Kim Il Sung, who is the founder and first Supreme Leader of North Korea, speculations were rife that he was unwell. While some unconfirmed reports said that Kim was dead, others reported that he was in a vegetative state.

Also Read: India Has A Recovery Rate Of 25.19% For Coronavirus: Health Ministry

North Korea made no comments on rumours and speculations and on Saturday, directly released images of a healthy Kim as a response.

Earlier, South Korea had rubbished rumours of death and said that the North Korean dictator was "alive and well."