MUMBAI: Your favorite Bigg Boss 13 jodi- Sidharth Shukla and Shehnaaz Gill aka SidNaaz will soon be seen on-screen together again. The audience is so fond of the couple so the news that they are all set to feature in a Darshan Raval's song has to get them excited.

Sharing the news with the netizens to get them excited, singer Darshan Raval wrote, "Ye do khoobsoorat logon ke saath aa rahe hai ek khoobsoorat gaana sirf aur sirf aap sab ke liye." In the picture, all three of them are seen in a single frame and are all smiles.

Also Read: Sidharth Shukla Reacts To Statements Against Him By Shilpa Shinde

This upcoming song is titled "Bhula Dunga" and will be crooned by Raval.

The MD of Indie Music Label, Naushad Khan, spoke about the song and said, "We have completed the shoot for the song and aim to release it at the earliest. I wouldn't want to divulge more details but fans of Darshan, Siddharth and Shehnaz are in for a very special song."

Considering the magical chemistry that the duo used to share in the Bigg Boss house, we are sure that the song will be a hit amongst the audience. Shehnaaz even confessed her love for Shukla on the show 'Mujhse Shaadi Karoge' and in return, he friend-zoned her.

A picture also went viral from their shoot where they were seen romancing each other in rain. Their chemistry is quite visible from the picture itself! 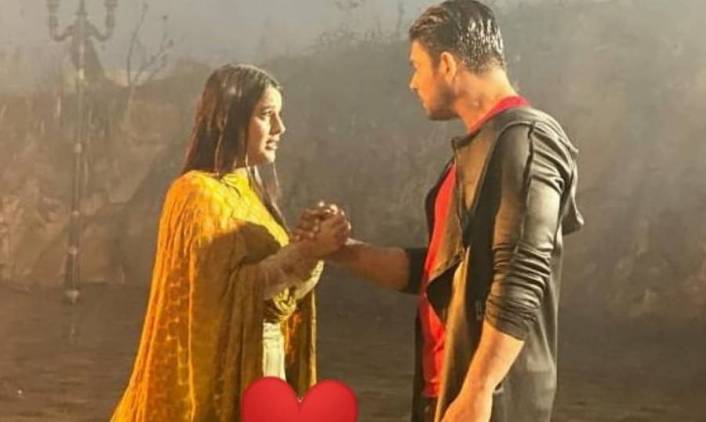