Yuvraj Singh Picks This Actor For His Biopic!

Yuvraj Singh Picks This Actor For His Biopic!

NEW DELHI: If ever a biopic is made then Yuvraj Singh feels that this 'Gully Boy' star would be a good fit. No, it is not Ranveer Singh but it is MC Sher Siddhant Chaturvedi!

When asked about his pick that who would be suitable to portray all his struggles on the big screen, Yuvraj first jokingly said that he himself could do it. He said, "Probably, I'd play myself — that would be a bit desperate… (chuckles) hai, na?"

He then named the star and said, "See, that's the director's job to decide. If it's going to be a Bollywood film, then Siddhant Chaturvedi is a good option; I'd love to see him in the film." 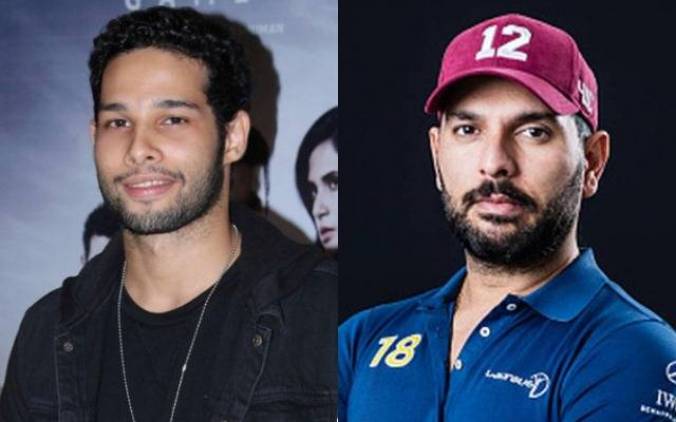 There should be a movie about him to tell the future generations a story of courage, persistence and victory. Yuvraj's life is nothing less than a roller coaster ride and his story could inspire millions of people out there. We all remember how he fearlessly fought in the World Cup 2011 even when he was too sick in the field. He was then diagnosed with cancer and emerged victorious there too.

The star cricketer retired back in 2019 and since then, he has appeared in tournaments across the world like Global T20 Canada and the Abu Dhabi T10 League. Most recently, he played for India legends led by Sachin Tendulkar in the Road Safety World Series. However, the event was eventually called off due to the pandemic COVID-19.