NEW DELHI: Athletes surely put in a great lot of efforts in order to maintain the needed stamina and perform brilliantly. While many believe that footballers run the maximum during a game, MSK Prasad has claimed that Indian captain Virat Kohli runs 17 km during any of his good knocks and that is more than football legends like Lionel Messi and Christiano Ronaldo run in the 90 minutes of a single game.

MSK Prasad, the ex-BCCI selection committee chairman, recently revealed in an interview that the captain of the Men in Blue team runs an average of 17 km whenever he plays well with the bat. Talking about the BCCI contract, Prasad said that each contracted player is tracked by a GPS performance tracking and analysis system and then went on to state the figures. 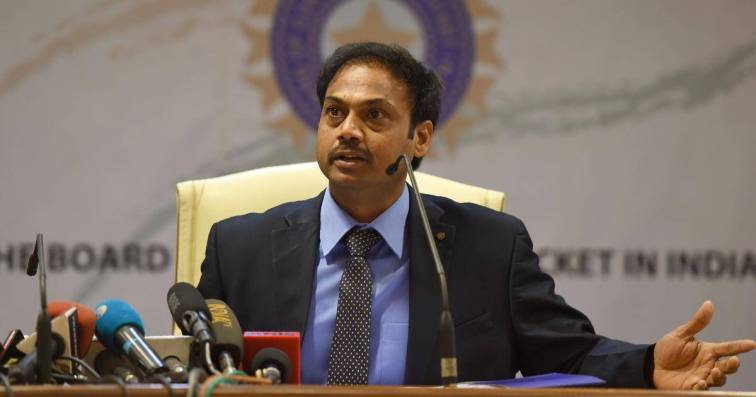 He said, "It is applicable to all those in the BCCI contract system. Even practice schedules suggest their workload. For instance, Kohli runs 17 km during a good knock in the middle. All foreign teams are also doing the same. Physios monitor the workload. I must say, Shankar Basu, who introduced this, was a phenomenal trainer."

Now the statistics revealed not only beats the average of the distance covered by any footballer but also beats the highest figure. They cover a distance ranging from 8 to 13 km in 90 minutes of a match. Taking examples of the legendary footballers Messi and Ronaldo, then the former covers an average distance of 7.6 km whereas the latter covers 8.38 km in a normal game.

However, you should know that Kohli covers the mentioned distance only when he scores well in any match whereas Messi and Ronaldo run 7.6 km to 8.3 km in every game they play.

Also Read: Guptill Says The NZ Team Will Stay As Positive As Possible Against India

Kohli is definitely one of the fittest athletes in the world and this just proves how much work he puts so as to maintain the same and bring glory to the country.