2nd T20I of INDvsSL to be played on 7th January

INDORE: The second match of the T20 International series of India versus Sri Lanka will be played on 7th January at Indore's Holkar Stadium. Team Sri Lanka, however, have to buckle up as the odds are against them and the players, who are less experienced as compared to the Indian team members, will be facing difficulties to take their country to a big win.

If we talk about history then the Sri Lankan team has not won a bilateral series in any format against India for almost a decade. Also, team India's recent T20I format has been unbeatable and the recent series against West Indies and Bangladesh are proofs.

India has a very strong batting line-up and the world knows it and to counter this, Sri Lankans top bowlers like Spinner Akila Dananjaya and Medium pacer Nuwan Pradeep are already out of the series. Thus, the inexperienced bowlers' biggest task would be to send major batting players like Shikhar Dhawan, KL Rahul and Virat Kohli back to the pavilion. Also, the short boundaries and winter's dew might add to the problems of those bowlers. 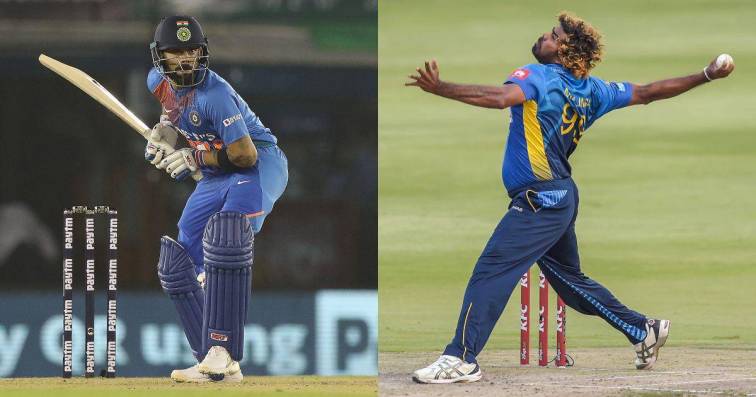 All these reasons add up to send Sri Lankans bowlers Lahiru Kumara, Isuru Udana, Kasun Ranjitha and Wanindu Hasaranga under pressure. The most experienced and captain Lasith Malinga has to get things done right against the Men in Blue.

Talking about the downsides of the Indian team, there is too much dependency on the top batting order. Thus, the only fear is if they fail to perform well, the whole batting line-up might get disrupted. Dhawan, who will make a comeback in international cricket after recovering from his injury, will be under pressure to perform well at the game so as to cement his place in the upcoming T20 World Cup.

Also Read: Unhappy Rohit Sharma Sends Out A Strong Message To Everyone

Now, it will be interesting to see if the experienced lot gets successful one more time or will the underdogs get their way. The first match of the series was abandoned because of the wet pitch and the third will be played on 10th January, hosted by Pune.