INDvNZ: Fans Are All Hearts For Kane And Kohli Catching Up At The 5th T20

INDvNZ: Fans Are All Hearts For Kane And Kohli Catching Up At The 5th T20

MOUNT MAUNGANUI: India and New Zealand's captain Virat Kohli and Kane Williamson have known each other for the longest time. Both the players started their journey together with the U-19 days but we hardly get to see them together. But, we got to see the two catching up on the 5th T20I match of their teams and we are all hearts for it.

When they did on the sidelines of the fifth and final T20I here, it became a cynosure of all eyes and social media also went in a tizzy with their pictures together.

Kohli was rested for the final game with India already taking a 4-0 unassailable lead in the series which they eventually swept 5-0, and Williamson was recovering from a shoulder bug.

"Kane and me have similar mindsets, similar philosophies. It is amazing that despite being from different parts of the world, we have similar thinking and we speak the same language," Kohli said after the game when asked about their conversation. 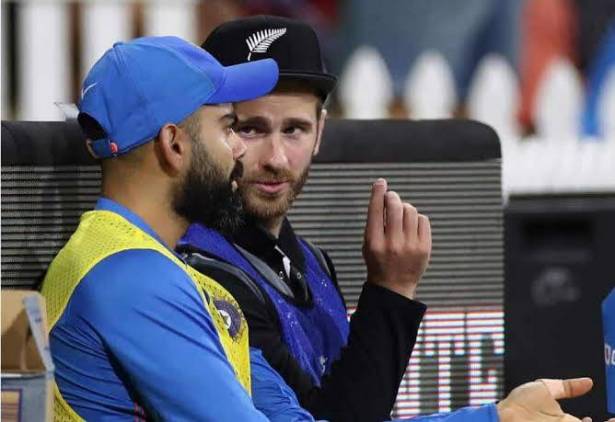 "Despite what the scoreline suggests, I feel that New Zealand cricket is in the best hands and he is the right guy to lead this team.

He is the perfect, perfect man to lead them. I wish him the best of luck and power to lead this side in the future. They are a side everyone loves to watch and play against," he added.

Williamson struck a majestic 95 in the third T20I which the Black Caps lost in the Super Over, only to lose in the Super Over again in the fourth game. Here, they needed 66 off 60 balls after Shivam Dube went for 34 runs in one over, but Jasprit Bumrah led the pace battery expertly as they kept things tight and did not allow the Kiwis to win.

New Zealand had knocked India out of the 50-over World Cup last year in the semifinals.