CHENNAI: India played its first match of the three-match ODI series against West Indies on 15th December on the turf of Chennai. The Indian squad led by captain Virat Kohli faced a major defeat by 8 wickets as the Windies took a lead in the series by 1-0.

While team India struggled a bit to reach a total of 287 for 8 wickets, West Indies' Shimron Hetmyer and Shai Hope outshined every other player. Both played a match-winning knock for their country and reached a total of 291 with 13 balls to spare. Their 218-run partnership in just 208 balls was a vision to watch for every cricket lover. 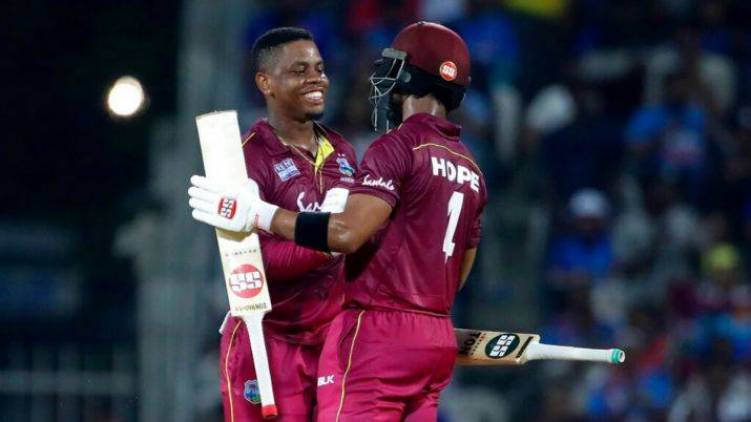 Hetmyer smashed a massive 139 runs off 106 balls and with this scored his fifth century in ODIs; the second against India. Hope, on the other hand, played a brilliant inning of 102 runs off 151 balls and continued to be on the field till the last ball.

Shimron, following his big century, said, "I just try to hit it as hard as I can, to be honest. I was just hoping to get it over the ropes, and I guess it went far. This hundred means a lot because the last one I had was at the start of the year." Hope praised his teammate and said, "The key is just to bat deep, see off the new ball and bat as long as possible. The pitch was a bit of a slow turner so I don't know how Hetty did it, he made it look so easy. It was slow, turning so someone had to bat deep. The way he was playing made it much easier for me."

Talking about the hosts, the Indian bowlers failed to stop WI's stars. Shreyas Iyer and Risabh Pant managed half-centuries for the team but the efforts went in vain. It was the first ODI half-century for the Indian wicket-keeper.

The second and third matches of the series will be on 18th December and 22nd December respectively and we are sure the Indian team will come back stronger!