NEW DELHI: The Board of Control for Cricket in India (BCCI) has officially released the full schedule of IPL 2020. The tournament that will last for 57 days this year will commence from March 29 with its finale taking place on May 24.

BCCI has decided to start the event with a bang and that is why the first match will be between Mumbai Indians (MI) and Chennai Super Kings (CSK). Chennai has remained three times champions from the start of IPL (they were also banned for two years following match-fixing) whereas Mumbai is a number higher and has claimed the title four times. These two teams have won the league the maximum times and that is why we will be eying the first match of IPL 2020 with eagerness.

Unlike all the previous seasons, the Board has decided to reduce the doubleheaders this year. There will be only six double clashes and all are to be played only on Sundays.

With the season commencing from 29th March, many overseas players might arrive a few days late in India as they will be playing for their own country. For instance, the T20I series between the Aussies (Australia) and Kiwis (New Zealand) will be concluding on March 29 so the players have confirmed that they will be available for the Indian Premier League but only after that.

This would not mean that any team would suffer loss because of the absence of any marquee oversea player as BCCI has taken care that the team least affected or not at all affected by this get their season underway earlier.

Let's have a look at the complete IPL 2020 schedule: 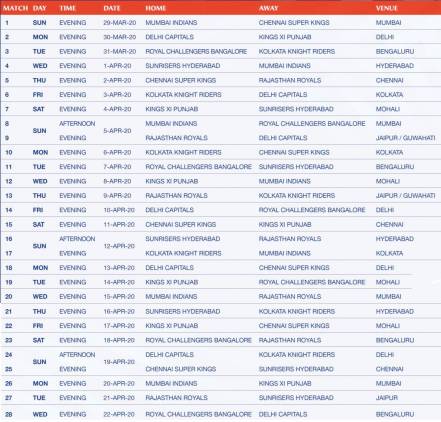 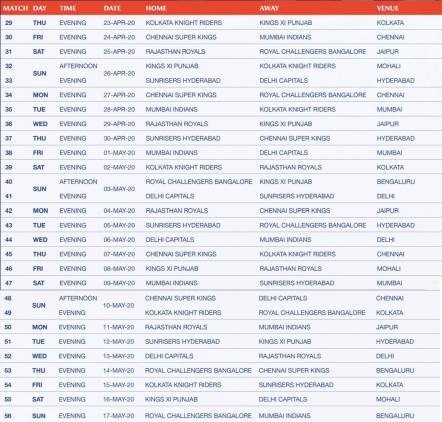 So, for which team are you rooting for? Tell us in the comment section below!