What is worse than being chated in love? Cheated in friendship!

Imagine being cheated by your '3 am person'. A single mother from Hedon in Hull knows the feeling only too well. 27-year-old Samantha Wood was losing her mind over mysteriously disappearing savings. "I must be losing this money, I must be being irresponsible, am I spending it and not realising?", she wondered.

After noticing money from her savings jar and her nine-year-old son's piggy bank disappearing, Wood resorted to a hidden camera in order to uncover the real culprit. What the secret camera revealed left Samantha in tears. She saw her best friend of 14 years- Melissa Collier taking out money from her handbag and stuffing it down her bra while she makes tea.

Wood said that she suspected her friend after money started going missing but chose not to confront her and instead bought a secret camera from Amazon to unearth the real person.

The mother of one met 28-year-old Melissa when they were just 13 at South Holderness Technology College. The two soon became inseparable and as is with every long friendship, mutual trust was assumed.

The betrayal was felt more because Mellisa wasn’t stealing out of desperation- she had a full-time job; she was stealing out of pure greed. Her avarice led to Samantha’s savings dwindling from £200 to £40 – right before Christmas, too.

That day she acted like nothing had happened. She told me she had made me a cup of tea, like she had done me a favour, but she had just stolen from me. I cried when I watched the footage, it was heartbreaking. This was my best friend who I was helping and she was stealing from me, it was such a difficult process.

I’m a single mum and she knew I was struggling myself. She was my best friend, I confided in her in everything and then she was stealing from me. She left me in a position where I couldn’t afford my bills. I loved her like a sister and she has not once cared about how her stealing from me was going to affect my ability to pay my bills or for my son Lucas. 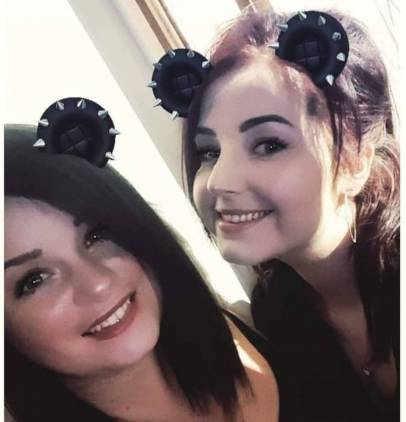 Samantha said that the fact Melissa didn't need the money but simply wanted the money hurts the most.

"What hurts the most is that she didn’t need the money, she wanted the money. She just got greedy, she was spending her own money, but still wanted to go out, buy clothes, have takeaways and didn’t have any money left from her own wages so she just took mine. She was getting her nails done and going for weekends away."

The struggling single mother reported the stealing incident to the Humberside Police and found out that her friend was already being investigated for burglary.

Following her arrest, Melissa sent several messages to Samantha apologizing and admitting to being selfish. She also said that she didn't think she would get caught and couldn't make herself stop taking more money.