'They Will Be Hanged': Nirbhaya's Mother As Court Hears Curative Petitions

NEW DELHI:16 December 2019 marked seven years of that dreadful day when 6 horrible men brutally gang-raped a 23-year-old paramedical student in a moving bus. The entire nation was left horrified and saddened as atrocious details of the crime made headlines. It has been seven years of Nirbhaya's mother knocking at the doors of justice and finally, she is closer to it.

On 7 January 2020, the court finally issued death warrants against the four convicts- Pawan Gupta, Mukesh Singh, Vinay Sharma, and, Akshay Kumar Singh. The execution of the inhuman rapists is to be held on 22 January at 7 a.m.

Last week, two rapists, Vinay Sharma and Mukesh Singh filed curative pleas in the top court. In his petition, Vinay Sharma said that the collective conscience of society to send a person to gallows was erroneous. An enraging statement from a rapist who brutally violated a girl, showing no conscience himself. Netizens were left disgusted at this last attempt to evade justice. Some are saying that since we live in a civilized society, a truly "befitting" punishment for the intensity of their crime is out of the question, even as they went ahead and described how they should be punished. 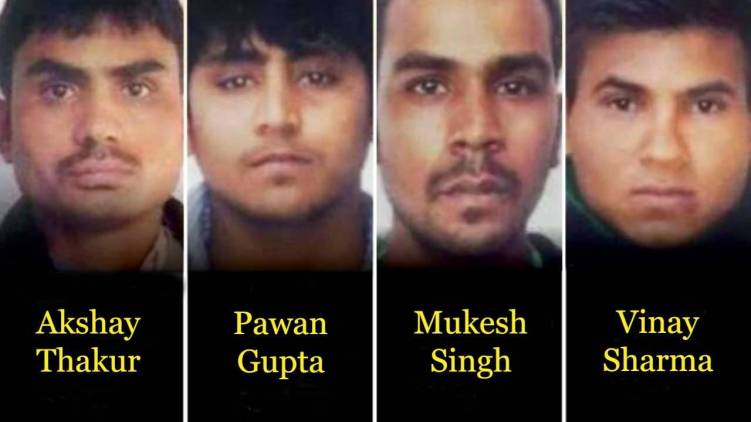 The mother of Nirbhaya, on Tuesday, said that she is hopeful that the court will dismiss the curative petitions of the convicts.

“They (convicts) have filed a petition (curative plea) before the Supreme Court just to stall the process. I’m very hopeful that their petition will be rejected today. They’ll be hanged on 22nd January & Nirbhaya will get justice,” said Asha Devi, according to news agency ANI.

Since no petitions of the disgusting men have been entertained, it is likely their curative petitions will also go to the trash and deservingly! Every time their faces flash in the media, our bodies cringe with revulsion and we hope nothing but the worse for these men.

22 January is awaited, the day at least one girl will get her justice. It has been too long of feeding these rapists in jail.