On Monday, West Bengal CM Mamta Banerjee dared the BJP-led government to implement the citizenship act in her state as she steered a massive rally against the new legislation in Kolkata.

Hundreds of supporters of Mamata Banerjee’s Trinamool Congress took to the streets to protest against the Citizenship Amendment Act 2019 alongside her. The protest march started from a statue of BR Ambedkar on Red Road and ended at Jorasanko Thakurbari.

“As long as I am alive, we will not implement the Citizenship Amendment Act and the National Register of Citizens. They can dismiss our government if they want. We will not surrender. They will have to implement CAB and NRC in Bengal over my dead body. When we raised our voice against NRC, we were alone. Now, other chief ministers are speaking out. Today Delhi’s CM said that he won’t allow this. Bihar’s CM has said that he won’t allow NRC, I tell him don’t allow Citizenship Amendment Act too. Chief ministers of MP, Punjab, Chhattisgarh, and Kerala have said that. Everyone has to say it". 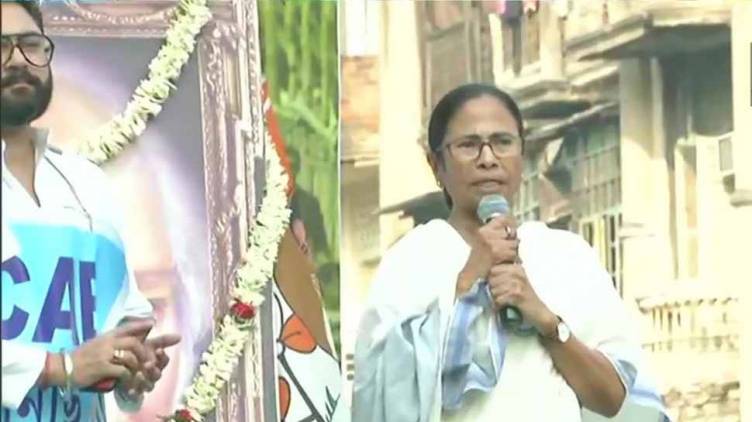 Mamta Banerjee declared that her party will continue holding protests until the Citizenship Act and NRC are withdrawn by the government. Taking a jibe at the ruling party's slogan ‘Sabha Sath, Sabka Vikas', she said that if all are not together, then how will everyone progress? "Only the BJP will remain here and everyone else will be made to leave. It’s their politics. It’ll never happen. India belongs to everyone", she said.

Before the start of the rally, West Bengal Governor Jagdeep Dhankhar took to Twitter to call it "unconstitutional" and expressed his anguish over the chief minister's protest.

.@MamataOfficial. I am extremely anguished that CM and Ministers are to spearhead rally against CAA, law of the land. This is unconstitutional. I call upon CM to desist from this unconstitutional and inflammatory act at this juncture and devote to retrieve the grim situation.

On Sunday, Dhankar voiced his displeasure on Banerjee's stance and accused her of wasting public money on a campaign against the Citizenship Amendment Act on television instead of ensuring police effectively curbed the state-wide arson. He demanded that her 'advertisements' be immediately pulled out.

Amid continued protests, BJP has warned West Bengal with a President's Rule if violence doesn't cease. The part blamed Banerjee for her “appeasement policies”.

As per reports, Mamta Banerjee is undeterred and plans to continue her protests till Wednesday.

Apart from her, chief ministers of Kerala, Punjab, Madhya Pradesh, and Chhattisgarh have also issued statements against the newly passed law.