Closure Of Road Near ITO After Student Protest Against Jamia Firing

NEW DELHI: Police have detained the group of students who protested outside the Delhi Police HQ at ITO following the Jamia Firing incident.

Students from different universities gathered outside the Delhi Police headquarters after the firing incident in Jamia area where police were silent spectators. The roads in the ITO area are closed by the Delhi Traffic Police because of which heavy traffic has hit the area.

The official Twitter handle of Delhi Traffic Police has alerted the citizens of the situation. They wrote on Friday morning, "Traffic Alert. Traffic movement is closed from A-Point towards PHQ-Vikas Marg due to protest/demonstration by students at old PHQ building."

Traffic movement is closed from A-Point towards PHQ-Vikas Marg due to protest/demonstration by students at old PHQ building.

The protest outside the headquarters has been going on since Thursday night after a man disrupted a protest against the Citizenship Amendment Act (CAA)  by firing three shots near the Jamia Milia Islamia University. The students besides condemning the act of violence also stood against the police who did not do anything to take things under control.

On Thursday afternoon, a man (later identified as a teenage minor) caused havoc at the anti-CAA protest at Jamia when he fired gun-shots while shouting "Yeh lo aazadi (here, take your freedom)". A first-year postgraduate student, Shadab Farooq, was injured who was instantly taken to Holy Family Hospital and then later to AIIMS trauma center for the treatment. 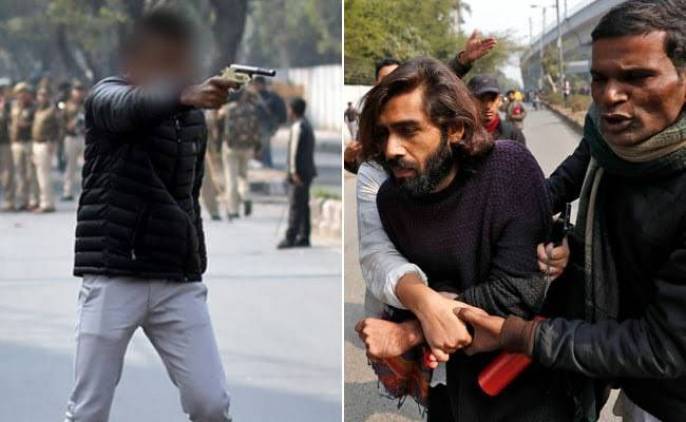 "Shaheen Bagh khel khatam... azaadi de raha hun (Game over, Shaheen Bagh. I am giving you freedom)," the minor wrote in a video post made by himself just before he opened fire. His Facebook account was filled with hatred against the anti-CAA demonstrations, especially directed towards the Shaheen Bagh protest. However, his account has been suspended by the social media company.

The Delhi Police said that a case has been registered under two sections of the Indian Penal Court (IPC) and Arms act at New Friends Colony police station. One is under section 307 of IPC that is an attempt to murder whereas the other is under section 25/27 of Arms act regarding the illegal possession of arms.