Tensions were high in the national capital on Sunday as police resorted to lathicharge on the students of Jamia Millia Islamia University over protests against the Citizenship Amendment Act. The protests in Delhi turned violent with as many as four public buses and two police vehicles being torched in New Friends Colony near Jamia Millia Islamia on Sunday evening.

Veteran Indian pacer Irfan Pathan took to his official Twitter handle to express concern over the safety of students after several students were reportedly injured during the protests. He said, "Political blame game will go on forever but I and our country is concerned about the students of #JamiaMilia #JamiaProtest". 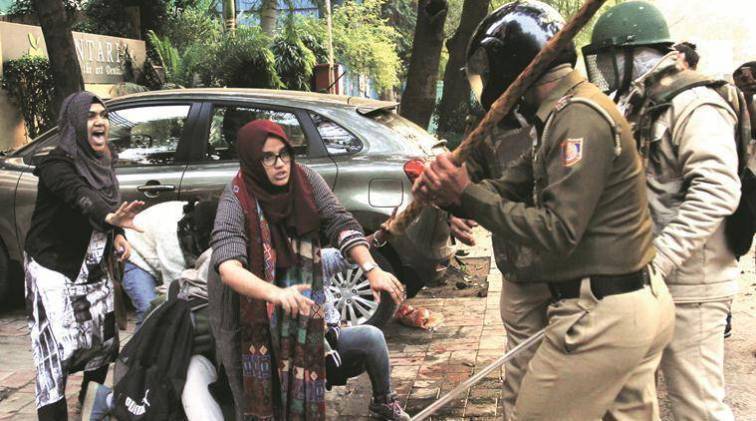 On Sunday evening, Delhi Police entered the Jamia campus after protests against the Citizenship Amendment Act turned violent. They used batons and teargas shells to disperse the crowd but denied firing at them. However, videos of police firing and bleeding students are doing the rounds on social media. Chinmoy Biswal, Delhi Commissioner of Police, southeast, also said that protesters were just pushed back and that the police had not resorted to any kind of firing.

He further said that when the Police noticed stones being pelted at them from within the campus, they entered the university in order to identify the miscreants. The country is in chaos as protests over the Citizenship Amendment Bill have been erupting in different parts of the nation.

The controversial Bill grants citizenship to members of Hindu, Sikh, Buddhist, Jain, Parsi and Christian communities who came to India before December 31, 2014, from Pakistan, Bangladesh, and Afghanistan on grounds of facing religious persecution. The Bill seeks to give Indian citizenship to non-muslims refugees who were “forced or compelled to seek shelter in India due to persecution on the ground of religion”. The CAB 2019 has now become an Act after securing a nod from the President.