Lucknow: Congress general secretary Priyanka Gandhi Vadra, who has on several occasions taken to the streets to join protests against the Citizenship Act 2019, recently targetted Uttar Pradesh Cheif Minister Yogi Adityanath for the way his government has been handling the protesters.

Addressing a press conference in Lucknow, Gandhi said, “I think it is happening for the first time that a Chief Minister has made a statement like ‘badla liya jaega '(Revenge will be taken)’. And this is what is happening in the state,”

The Congress leader said that the state and administration were targetting innocent protesters. She elaborated on her statements by citing examples.

Gandhi alleged, “I went to meet a family in Bijnor. Their 21-year-old son Suleman, who had come home on vacation, had gone to the local mosque for namaz. Suddenly, the news came that he has been hit by a police bullet." 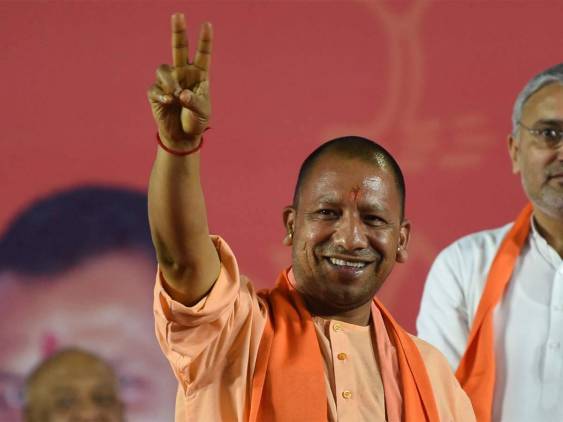 The 21-year-old in question was killed during the protests against the Citizenship Amendment Act recently passed by the government that grants Indian citizenship to people belonging to minority groups that are being persecuted on the grounds of religion in Pakistan, Bangladesh, and Afghanistan. Suleman's family claimed that he was shot by the police during the protest. The family then filed an FIR on Sunday against 6 policemen. After initially denying responsibility, the police admitted that Suleman died from a police bullet and that he was among the alleged rioters who opened fire at a cop from a country-made gun and that he was shot in self-defence.

“There was another boy, who was a coffee machine operator. He told his father that he is going out to get some milk. His father warned him that bad things are happening outside. He said he’ll be back in five minutes. But five minutes later, someone came running to his father saying he has been shot dead,” Priyanka Gandhi added.

“And to add to family’s woes,” the Congress leader said, “they were threatened of dire consequences if they thought about filing an FIR.”

The Congress leader also alleged that over 5000 people have been detained across the state. Gandhi criticized the Uttar Pradesh government for arresting people without any enquiry. “The administration should hold an enquiry to determine who indulged in arson. The government cannot take action without inquiry,” she said.

She condemned the state for taking steps against protestors that do not have legal sanctions.

Priyanka Gandhi met the families of those arrested for protesting against the Act.