Salman Khan On His 30 Years In Bollywood: A Big Thank You To My Fans

MUMBAI: Superstar Salman Khan completed his 30 years of a long and successful journey in the field of cinema. The actor recently expressed his gratitude and owed his success to all his fans.

Thanking all his well-wishers, Salman said, "A big thank you to the people who have made me who I am, my fans and well-wishers alike. The most important thing in an actor's life is the journey and my journey has been nothing short of amazing."

The Dabangg star made his debut as a lead-in Sooraj Barjatya's 'Maine Pyaar Kiya' and established a lover boy image. Then movies like 'Wanted', 'Dabangg', Ek Tha Tiger' made him a full-on action-packed hero. As he moved forward in his career, he set many benchmarks and became a celebrity with such a wide fanbase across the world.

Not only this, but his movies' genres also involved some good comedies that can still tickle your funny bone. Movies like 'Andaz Apna Apna', 'Partner', 'No Entry' and 'Mujhse Shaadi Karogi' made him a star in the comedy world too.

He also came out of his comfort zone to do emotional movies like 'Bajrangi Bhaijaan', 'Tubelight', 'Sultan' and 'Bharat', the first one being our personal favorite. 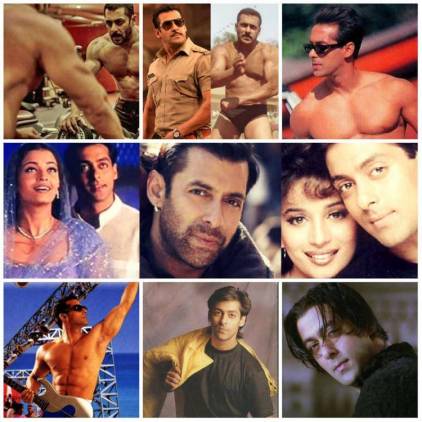 Bhaijaan further stated that he will always strive to deliver what's best for his audience. He said, "I have seen so much and met so many brilliant people along the way who have taught me so much and carved me into the person that I am. My motivation to work has always been the fans who give me unconditional love and it is because of them that I am always striving to deliver my best to them."

The actor recently turned 54 on 27th December. However, his happiness multiplied when his sister delivered a baby girl Ayat Sharma on the same day.

Khan's latest offering 'Dabangg 3' was received well on the box-office, hence, becoming his 15th consecutive movie to have crossed 100 crores mark. He will be next seen in 'Radhe: Your Most Wanted Bhai' that will release in Eid 2020.