Mumbai: Nobody is unaware of the powerhouse actress of an era Smita Patil. Known as one of the renowned actresses of Bollywood, Smita passed away at the age of 31, leaving everyone stunned.

On Smita's 33rd death anniversary, her husband, actor and politician, Raj Babbar has remembered her with love and compassion. The actress who started her career as a journalist and then moved to the entertainment industry had died on December 13, 1986 due to childbirth complications.

Raj Babbar, in memory of her wife, took to Twitter and wrote, "Today decades ago, you went away silently. Each year this day reminds me that you shall be missed more with every passing year."

Smita was Raj Babbar's wife and gave birth to a son Prateik Babbar after which she took her last breath. Prateik too has made his career in acting. 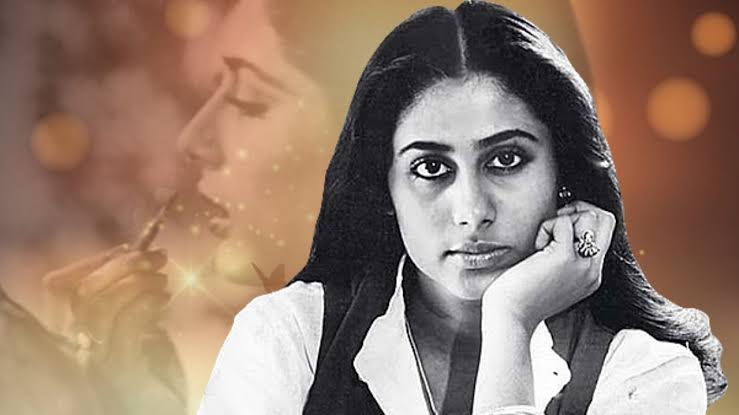 Smita Patil and her achievements:

Smita Patil is remembered as the dusky beauty of the Indian Cinema and was part of the league which had actors like Shabana Azmi, Om Puri and Naseeruddin Shah in the industry.

The actress was remembered for her own style of presenting herself before the audience. Smita, when was a news reader, used to wear her saree over jeans and had a unique style of reading the news. She had made her own name in the Marathi Media as a news anchor after which she was offered several films and created her magic onscreen too.

The talented actress debut the Bollywood with 'Mere Sath Chal' in 1974. It, however, was a Shyam Benegal directorial 'Nishant' which brought her talent into the limelight. The movie came in 1975 and brought her into sharp focus.

Smita Patil was also honoured with the Padma Shri in 1985 and two National Film Awards. She was also awarded a number of film awards during her acting career. Smita was among the few actors who had made a seamless transition from realistic cinema to the glamour world of B-town with Mahesh Bhatt directorial Arth. She did her first glamourous role in Arth and took her career forward with hits like Namak Halal in 1982, Shakti in 1982 and Mirch Masala in 1987.

Smita Patil had formed a winning combination with Bollywood's superstar Amitabh Bachchan and was said to be close to him. Amitabh Bachchan had revealed earlier that the night before his near-fatal accident in 1983 on the sets of Coolie, the actress had a foreboding and called Big B to ask if he was alright. "Smita ji called me up at 2 am the night before the fight scene in Coolie and asked if I was alright. She had had a bad dream about me," the actor had said in an interview earlier.

Smita's affair and marriage with actor Raj Babbar had been one of the hottest topics of gossip of her times. The news and updates were always used to be in the gossip columns of the news dailies.