Kajal Aggarwal alongside her wax statue at Madame Tussauds

SINGAPORE: South Indian actress Kajal Aggarwal unveiled her Madame Tussauds wax statue in Singapore on Wednesday, 5th February. With this, she became the first South Indian female superstar to have a wax figurine at the museum.

Her beautiful wax figure is in a silver shimmery dress with hair left in soft curls. The statue looks stunning in all the true sense and now stands tall beside the figures of other celebs like Anushka Sharma, late actress Sridevi, Karan Johar, Mahesh Babu and Prabhas.

Mahesh Babu and Prabhas are the other two South superstars to have their wax statues at Madame Tussauds.

For the event of unveiling her statue, Kajal opted for a purple-colored pantsuit. She kept her hair open and looked as pretty as ever. The actress also struck a similar pose as that of her statue and got clicked in the same. 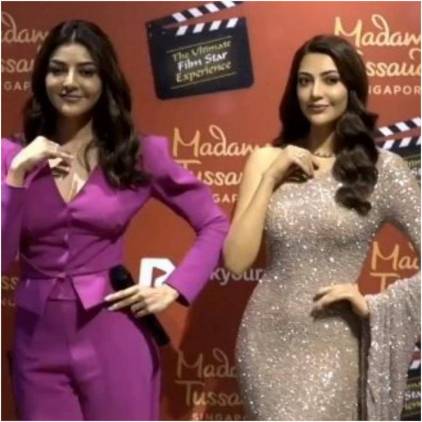 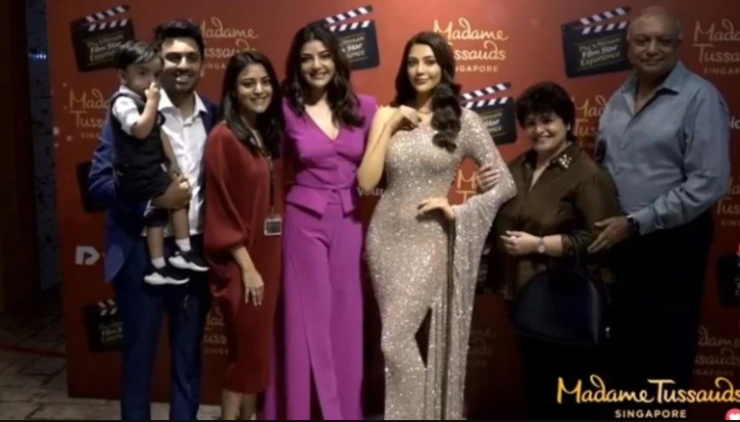 Earlier in December, Aggarwal excitedly announced the great news of having her own wax figurine at the world-famous museum. She even revealed a story about the time when she used to go there and become mesmerized with the statues of many celebrities.

Her fans are hailing her after getting such an honor and making all of them so proud. See some of the reactions here:

These 3 are the jewel of tollywood and the most popular figure in the TFI who have own wax statue at Madame Tussauds😍@MsKajalAggarwal @urstrulyMahesh #Prabhas #KajalMadameTussauds pic.twitter.com/omhmGetBJB

Many more Congratulations @MsKajalAggarwal ❣️ Thank you for Making us Always Proud !! Proud To be your Fan !! #KajalMadameTussauds pic.twitter.com/bRw2EVr1JW

Proud Moment for all #KajalAggarwal
Fans😎 First South Indian Actress to get honoured with wax Statue at @MTsSingapore! She deserves this much for his hardwork, dedication for the past 15Years 😎

On the work front, Kajal will be reprising the role of Kangana Ranaut from 'Queen' in its Tamil remake titled 'Paris Paris'. She is also busy with big-budget films like 'Indian 2', 'Mumbai Saga' and a Hollywood project tentatively titled 'Mosagallu' alongside Manchu Vishnu.

Also Read: Petition Filed Against The Film 'Shikara' In the J&K High Court