Jennifer Aniston To Be Honoured With People’s Icon Award

Jennifer Aniston to be recognized with Icon Award

NEW YORK: Jennifer Aniston, who recently made her debut on Instagram, will soon be honoured at this year’s People’s Choice Award. The 50-year-old actress will receive People’s Icon Award for her contributions to the field of entertainment.

The stunning actress will be the second woman to receive this recognition from the industry. Melissa McCarthy was the first artist to have won this award. All the fans of Aniston are thrilled after hearing the news as they are excited to see their favourite actress getting this honour. 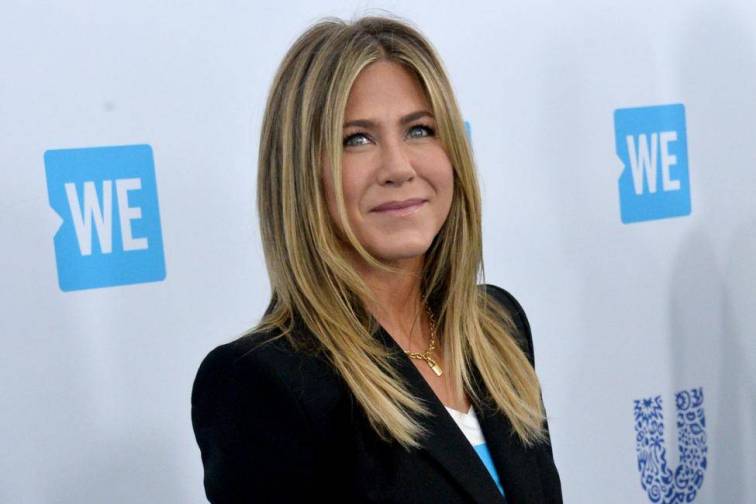 Jennifer took Instagram by storm after she joined the world of social media. Her presence was indeed special for the people around the world but what made this extra special was her first post. She shared her very first post along with her FRIENDS. She captioned the post, “And now we are Instagram FRIENDS too. HI INSTAGRAM.” Seeing the iconic characters of the series FRIENDS together in one frame after 25 years made the fans go crazy.

Several actors welcomed the actress on the platform but what caught our attention was the comment by her ex-husband, Justin Theroux. He commented on Jen’s first post, “Woot-Woot [raised hand emoji] [heart emoji]”.  Her bestie Courtney Cox also gave her a warm welcome through a post with a caption that involved FRIENDS’ dialogue. The caption said, “Hi Jen! Welcome to the social media world… it sucks. You’re gonna love it! [heart emoji].

Aniston’s popularity can be guessed with the fact that within two days she gained a huge number of 11 million followers. So, we can say that she is an apt choice for the award as she is definitely an icon. Besides this, the diva has also won an Emmy and a Golden Globe for her portrayal of Rachel Greene. She will be seen in an upcoming series ‘The Morning Show’ alongside Reese Witherspoon.