MUMBAI: Student Of The Year 2 debutant Ananya Panday recently created a stir on the internet with her statements on nepotism. She ended up inviting a lot of criticism on her way while giving away applauses to 'Gully Boy' star Siddhant Chaturvedi whose one-liner reply won hearts. Now, father Chunky Pandey has finally spoken up on the same and he wants her to stop taking his name.

Talking in an interview with Mumbai Mirror, the 'Aakhri Pasta' expressed that he would have to refrain his daughter from saying his name as there have been two times that she has been trolled and both the times involved his name. He said, "The two times she really got trolled was when she called me Tony Stark and the second was this episode. I want to tell her to stop taking my name."

We are sure he would have liked to add "Imma joking".

For the uninitiated, Ananya, while attending Rajeev Masand's roundtable conference for newcomers, equated struggle to not being on the popular chat show 'Koffee With Karan' and not starring in Karan Johar's Dharma Productions. She talked about nepotism and saying that she is proud to be her dad's daughter and then came the golden line, "My dad has never been in a Dharma film, he never went on Koffee With Karan. So it’s not as easy as people say." 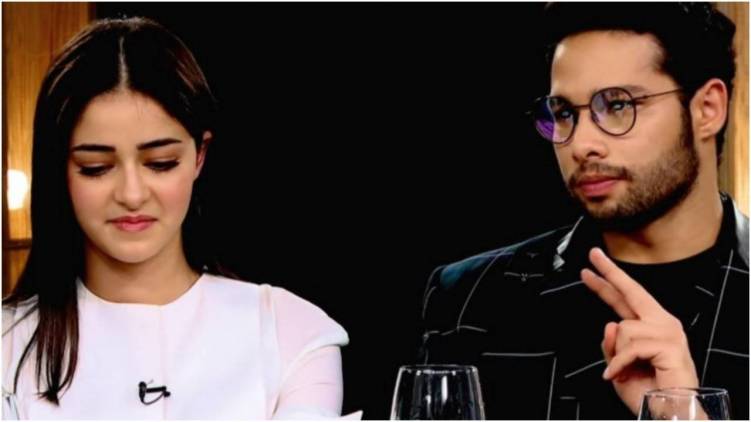 Siddhant Chaturvedi aka MC Sher shut her up with his epic one-line reply, "The difference is ‘jahaan humare sapne poore hote hain, wahi inka struggle shuru hota hai (their struggle begins where our dreams are fulfilled)."

And yes, we still cannot get over this line!

Also Read: Memers Can't Get Enough Of Ananya Panday And Her Statements On Nepotism

Chunky further opened up on his daughter's love life. He said, "She’s 21, it would be abnormal if she didn’t have a boyfriend. I have been through this in my time, so I know how much of it is true. You’re ready for these things as an insider."