After 25 Years, Karan Arjun Remains As Entertaining As Ever

Here are 5 reasons that make Karan Arjun entertaining even after all these years! 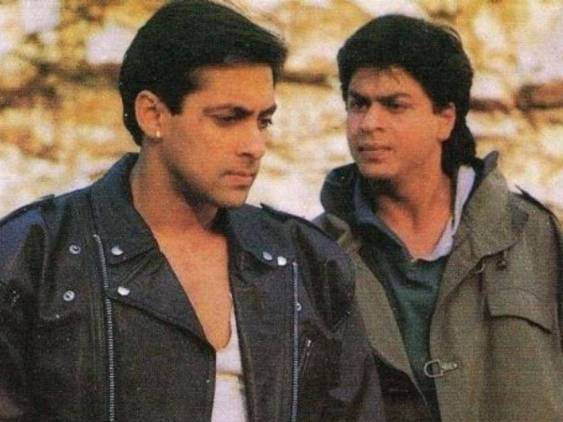 Fans would kill to see the two biggest stars in Bollywood reuniting once again. SRK and Salman would go down as two of the most memorable bromances of Bollywood in the history of Indian movies.

2. Rakhee, the wailing, and the ONE DIALOGUE SHE HAD!

Rakhee became the poster girl for melodramatic Indian mothers after Karan Arjun! Her wailing is nothing less than iconic today. She said "mere karan arjun aayenge" so many times in the movie that now it is difficult to look at her and not think of the line that will inspire memes years later.

Indian villains from the 90s are lame without a catchphrase. They must have a tagline, no matter how ridiculous, reads the 90s handbook to success in Bollywood.

Chhat pe soya tha behanoi (brother-in-law was sleeping on the terrace)
Main tanne samajhke so gayi (I slept next to him thinking it was you)
Mujhko Ranaji maaf karna (Mr. Rana please forgive me)
Galti mhare se ho gayi  (I have made a mistake)

The only good thing about this song was Ila Arun.

5. Amrish Puri as a villain

What fun is a weak villain who isn't an equal match for the hero? Amrish Puri, just like everything else he did, excelled as the sadistic baddie in the movie.

So much so that you will think he is a