New Delhi: German Chancellor Angela Merkel arrived in New Delhi on Thursday night for a two-day visit where she will be holding talks with Prime Minister Narendra Modi on a number of bilateral issues.

She was received by the PM at the Rashtrapati Bhavan in a ceremonial welcome. On Friday Merkel said that a host of agreements will be signed between India and Germany signifying their broad-based ties and the “very close” relationship between the two countries.

“I would like to thank the prime minister for the very warm and gracious welcome with which we have been received here. This is my fourth visit to India and I look forward to the very interesting programme,” the German chancellor said.

“Germany-India are linked by very close ties. We will have discussions on issues of mutual interest. We also have the opportunity of signing a number of MoUs and agreements that shows that we have a very broad-based and deep relationship,” Ms. Merkel said. 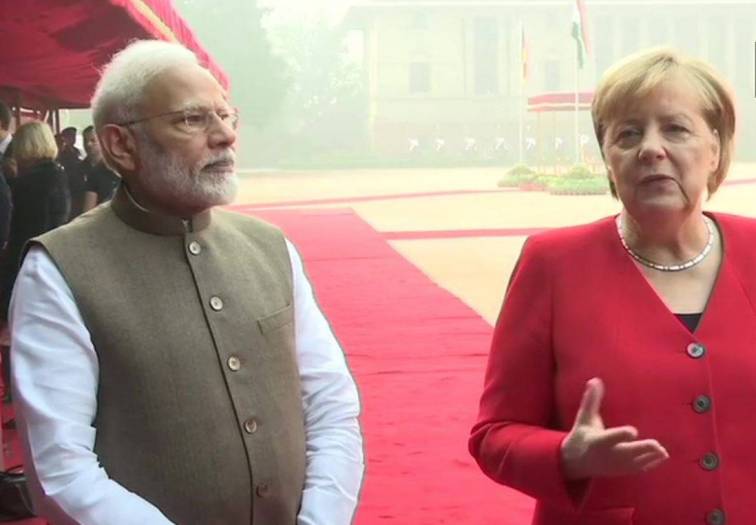 Merkel, who will be co-chairing the 5th IGC with Prime Minister Modi, has been extended the courtesy to remain seated while the national anthems of both the countries are played. The German side requested that Merkel remain seated as she was recently seen having difficulties while standing at ceremonies.

Recently, Angela Merkel was spotted sitting through the national anthems when she attended a guard of honour with the Prime Minister of Denmark.

Also Read: Want To Visit Brazil? No Visa No Problem!

According to the officials, Merkel’s physical moments are not affected by her medical condition. She only displays difficulties while standing in attention.