The Reign Of Bhagyas: Kundali Bhagya And Kumkum Bhagya Topped The TRP list

MUMBAI: The high on drama serials 'Kundali Bhagya' and 'Kumkum Bhagya' has topped the BARC TRP list with the number one and two positions respectively. Zee TV's beloved serials are the most-watched daily soaps for this week and left behind serials like 'Taarak Mehta Ka Oolta Chashma' and 'Yeh Rishta Kya Kehlata Hai'.

Let's see what more drama these two serials have in store for us! 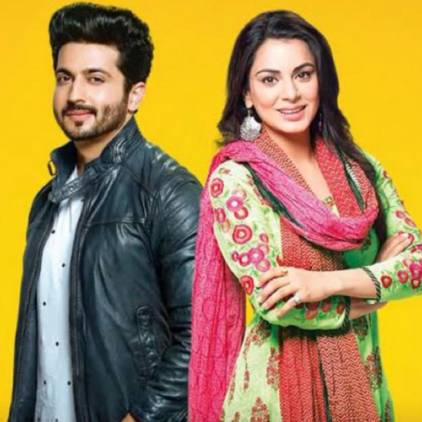 With a TRP of 7271 for this week, 'Kundali Bhagya' with all its twists and turns surely deserves to be at the top. The story revolving around the lives of Preeta and Karan is facing a lot of ups and downs. In a series of events Preeta and Karan, who are married to each other, are getting married once again but to different partners. Preeta is going to marry her ex-fiance Prithvi whereas Karan will be tying the knot with childhood friend Mahira.

While both are not happy as they did not take this decision instead their family did, in the upcoming episode we will see some high voltage drama as Karan will be stopping the love of his life from marrying the evil Prithvi.

On the other hand, Prithvi is again onto something as he is adamant on marrying "Preeta Ji". He calls a mysterious person who would help him in his plans for its successful execution. Who is this person? Will Karan and Preeta unite or will they get tangled in Prithvi's devilish plans? To find out the answers, stay tuned! Though the serial might be running at the speed of a tortoise, 'Kumkum Bhagya' hasn't lost the love of its viewers. Pragya and Abhi are still fighting over the case of Rishi and Priyanka but the lovebirds do hope for their reunion. In the last episode, we saw the two arguing again where Pragya claims that she is standing with the truth. Abhi still isn't sure and believed that Priyanka has actually committed suicide because of Rishi.

In the upcoming episode, we will see a tiff between Pragya and Aliya where the former gives a befitting reply to the latter for her misbehavior. Priyanka decides that if she and Rishi cannot live together then they can at least die so that their soul can unite and is definitely at something evil.