BB13: Now It's Mahira Sharma's Turn To Exit The Show In Mid-Week Eviction!

Mahira Sharma to get evicted in a surprise mid-week elimination

MUMBAI: Bigg Boss 13's grand finale is just around the corners but the makers are leaving no stone unturned to surprise its audience. One of its contestants Mahira Sharma, whom very honestly we all never thought that she will come this far, will reportedly get evicted in a shocking mid-week elimination.

Yes, as per the sources, Mahira will make an exit after she gets the least vote counts from the audience. The season had a new concept of having its first finale after a month only where three contestants made their way out of the house as BB welcomed few wild card contestants. There, a stupid mistake of Rashami Desai in a task became a boon for Sharma following which she was saved and Rashami had to leave the show.

But now, after getting constant support from her dear 'friend' Paras Chhabra, it seems like Mahira's time is up inside the house. Her equation with Paras is much appreciated by everyone but at the same time, she has taken many accusations of being a weak contestant and it was only because of Paras that she came this far in the game. 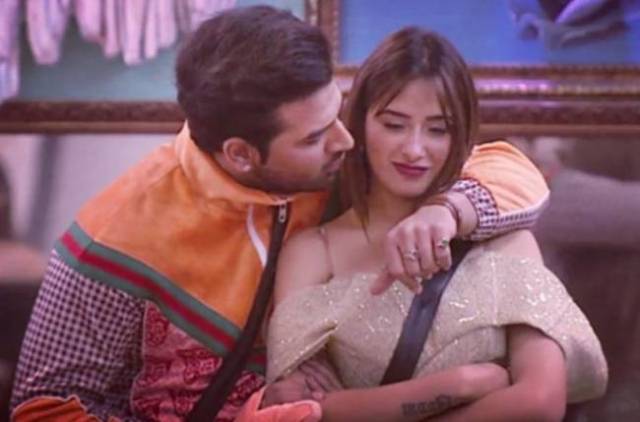 In the last episode, a fight that broke out between these two best friends when both of them talked inappropriately with each other. Although, they did make up later. However, it's almost the end of the show but we still haven't figured out if 'Aabra Ka Dabra' Paras Chhabra was just using Mahira for the game or actually is a friend of her or probably loves her as he jeopardized his relationship with Akansha Puri.

There have been many statements given by Puri saying that she does not aim at seeking revenge from him but she is definitely done with him. She has stopped sending clothes and shoes for him inside the house, which she used to do earlier.

So, what are your feelings about Mahira's eviction? Also, what do you think about her relationship with Paras? Is It all for the game? Tell us in the comment section below.