Mi Note 10 is on its way and you know what's new? Its the Penta camera setup on the back. This is going to be the first device that will have five cameras out of which one will be a 108-megapixel primary shooter.

Xiaomi has revealed a teaser yesterday which you can see down below: 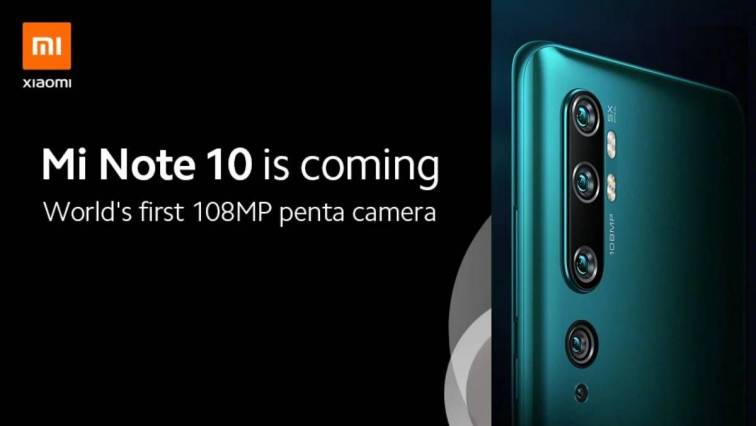 After Xiaomi's China unit started teasing the launch of Mi CC9 Pro this teaser popped up and this actually means that both devices are going to be the next-generation camera phones with a 108-megapixel primary shooter. This is also possible that Mi CC9 Pro and Mi Note 10 are the same devices but have different names as per the regions.

The teaser that we saw doesn't reveal anything other than the camera setup and the fact that it uses a 108MP camera. Xiaomi has not announced a release date yet but the device is expected soon as Xiaomi releases its device soon after they reveal the teaser.

If we talk about all the camera then the Penta camera setup is going to include a 108MP primary shooter, a 20MP ultra wide-angle camera with a 117-degree field of view, a telephoto lens, a macro camera, and a 12MP portrait shooter.

The telephoto lens in this setup is said to have the capability of 10x hybrid zoom and 50x digital zoom. This camera setup sounds quite impressive but to see the actual performance we need to wait for the launch.