The Mi Fitness bands are already all over the market with Mi Band 4 being the latest in the series.

Last month a rumor was in the air about Xiaomi working on a smartwatch powered by WearOS. Now an official teaser regarding the same has been released on Weibo, this confirms that the smartwatch is going to be released next week.

Have a look at it down below: 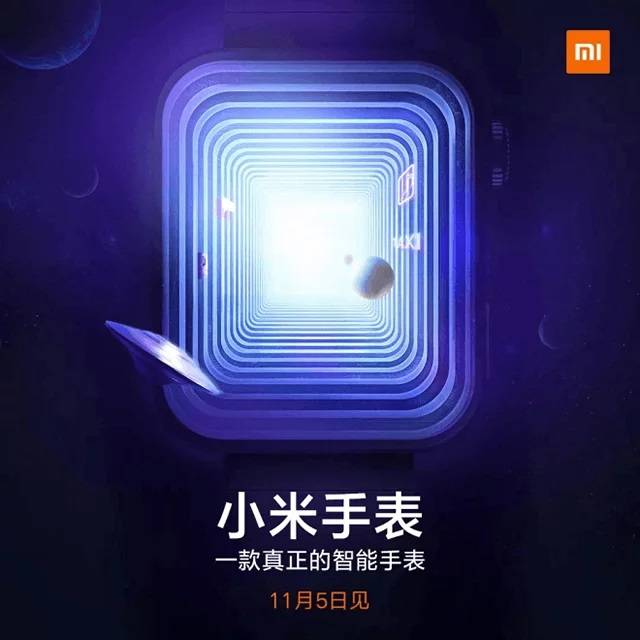 The teaser shows a rectangular design with round corners which is probably going to be the watch's design. If you notice the watch crown it is placed just like the Apple Watch's crown.

An official confirmation regarding the name of the watch which is expected to be "Mi Watch" will be revealed at the time of launch which is on the 5th of November.

Xiaomi owns a 12.6% market share in the global wearable market already so if this Mi Watch comes at the right price then it can surely give a headache to Apple for its Apple watch series.

The stream will be embedded soon. Stay tuned.

The specifications and the price will be revealed during the event.