INDvNZ: Team India Likely To Have Some Changes In The Remaining NZ Series

INDvNZ: Team India Likely To Have Some Changes In The Remaining NZ Series

WELLINGTON: There are high chances that India would undergo some major changes in the last two matches of the 5-match T20I series against New Zealand. With the series already sealed by the Men in Blue, they might tweak some combinations in order to give other players in the A-squad a go as hinted by captain Virat Kohli.

During the post-match conference, the Indian captain mentioned that other players should get the deserved chances to play the match while aiming for a 5-0 win over the Kiwis. He said, “We will try to win 5-0. There are a couple of guys who are sitting out like Sundar and Saini, they deserve to get a game. The idea is to win the remaining two games.”

The game almost was in New Zealand’s hands with the brilliant performance of their captain Kane Williamson with an inning of 95 runs in just 48 runs and then 11 runs in just 4 balls in the super over. But, one should never forget that a cricket game isn’t over until the last ball is bowled. Rohit Sharma’s two consecutive sixes in the last two balls power India to victory and thus clinching the series for the very first time on the Kiwis’ ground. 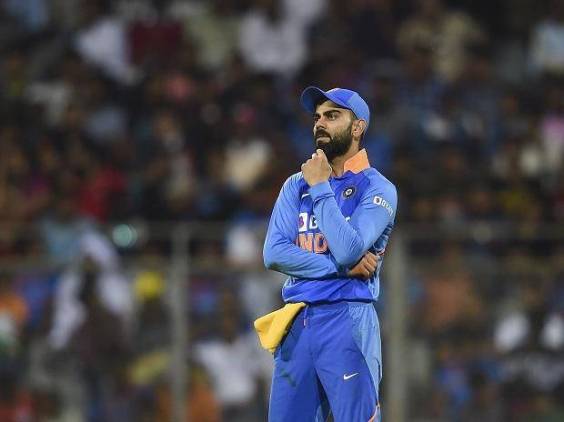 Regarding the unexpected win and excellent show put up by Kane, Kohli said, “Yeah, unbelievable. I thought at one stage we were gone, and down and out,” Kohli said at the presentation. “Kane [Williamson] batting on 95, he played a brilliant innings and I was just telling our coach they probably deserved to finish the game off the way he batted and led from the front. [I] feel bad for him, these kind of knocks when they don’t go through, I know what that feeling is.”

He continued and said, “I thought we were gone at one stage and then when Shami bowled those two dot balls, then we got a ball and run to go. I thought, ‘ok, we could go to the Super Over’. But in the Super Over the discussion was around [how] New Zealand must be feeling some pressure because they let the game slip away and it was our turn to hit our areas. But again Kane played couple of brilliant shots against Jasprit [Bumrah] who’s probably one of the best death bowlers in the world. Again we were put under pressure, such a see-saw game. You didn’t really know what to make of it so you could just do one thing which was to stay calm, observe what’s happening and do your best.”

Well, let’s see what changes we will see in the 4th T20I against NZ which will be held on 31st January at Wellington’s Sky Stadium.