MELBOURNE: The opening day of the Boxing day Test between Australia and New Zealand did play with the temper of Australian batsman Steve Smith. It happened when the cricketer was denied leg byes on two occasions by the on-field umpire Nigel Llong.

The Australian team was put to bat first and this all happened during the 26th over of the Australian innings. Smith was facing New Zealand's left-handed bowler Neil Wagner who delivered him a short-pitched ball that hit the batsman on the body. Smith tried to take a run but was stopped by Llong, denying him the leg bye. 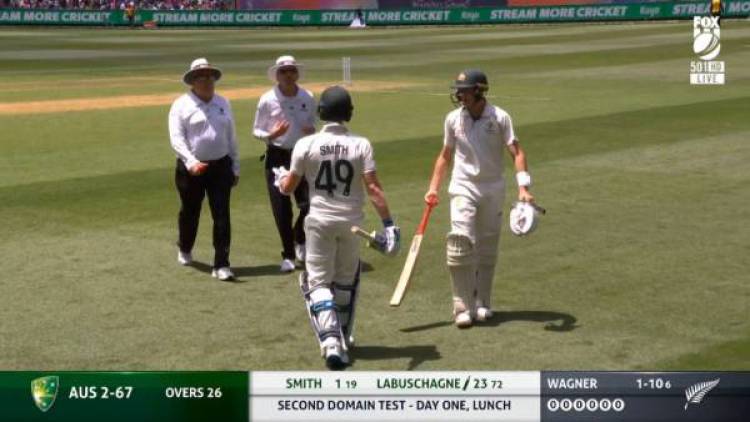 Following the incident, it happened again in the same over when he was denied another leg bye by the umpire. So, the rule book of cricket states that a leg bye cannot be given unless evasive action is taken by the batsman and Nigel Llong was convinced that Smith did not take such action on both the deliveries.

You make the call - should this be a dead ball? #AUSvNZ pic.twitter.com/CMp4Q9AHvW

However, the incidents left Steve infuriated and he even got indulged in a heated argument with the umpire over the dead-ball rule.

Former Australian cricketer Shane Warne, who donned a commentator's hat for the match, also was fuming over Llong's decision and stated it as a "wrong call". He said, "That’s evasive action, that’s the wrong call. Might have to send a law book to the umpires during the break I think. The umpire’s wrong. Steve Smith has every right to be angry because the interpretation Nigel Llong is giving at the minute is incorrect."

Further, stating the rule, Warne said, "The rule is if you evade a short ball and it hits any part of your body you’re allowed to run even if you don’t play a shot. I’m sure someone’s going to have a chat with Nigel Llong in the lunch break because Steve Smith’s livid and rightly song."