A Unique Battle Between Virat Kohli And Rohit Sharma in T20I

NEW DELHI: If we talk about some of the best batsmen that the Indian Cricket team has then two names surely come to our mind and that is captain Virat Kohli and vice-captain Rohit Sharma. While both the cricketers performed exceedingly well in the decider match of the T20I series against West Indies, they finished being at the top of the list for the most T20I runs.

The match on Wednesday was not only going to decide India's fate in the series but also would tell who amongst the two would finish at the numero uno position, However, as both the players, Kohli as well as Sharma, played beautifully in Mumbai (and so did KL Rahul), they were tied at a score of 2633. Over the last few months, they constantly have traded the position and now at the year-ending match, both of them share the first position.

Though the players are at par in terms of score, they are seen beating each other in different aspects. In terms of average, Virat is dominating Sharma with 52.66 in only 75 matches whereas the latter has an average of 32.10 in 104 innings. If we talk about centuries then Rohit has managed 4 centuries in the year while Virat is at zero but Kohli did take a lead in scoring 24 half-centuries over Rohit's 19. 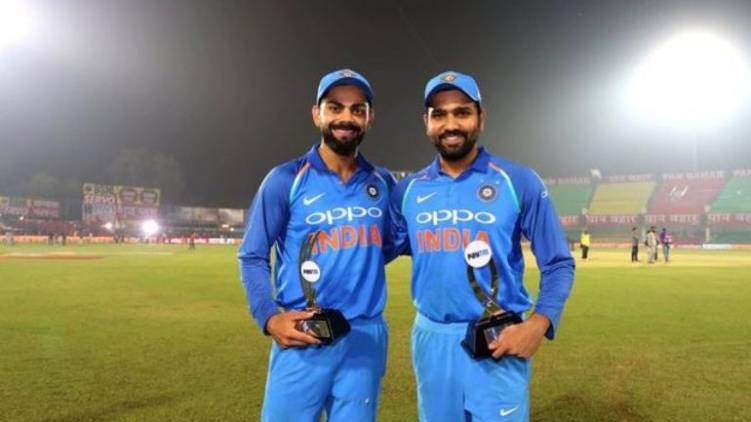 About the deciding match against Windies, Sharma knocked a massive 71 off 34 balls and Kohli remained unbeaten with his 70 runs off 29 balls. Along with KL Rahul's brilliant show at the field, the Indian batsmen finished with a daunting score of 240 for 3 in 20 overs.

After his match-winning knock in Mumbai, Sharma said, "It's a good track to bat on, and with the dew, we knew we had to get over 200. On a pitch like that, you just have to back yourself to play shots, which we did today. On a good pitch, you've just got to come out and express yourself."