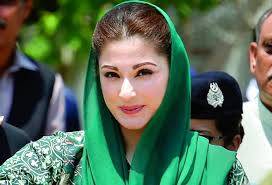 Maryam had gone to meet her ailing father when her blood pressure dropped. Previously, she had claimed that she was not allowed to meet the ex-PM.

Sharif, 69, who was in Pak prison for corruption charges was rushed to Lahore’s Services Hospital after his health critically deteriorated on Monday night. His physician said that he had a “critically low” platelet count and was required to be taken to the hospital immediately.

His son alleged that he was being poisoned in jail. According to reports, Hussain Nawaz said that the reason behind his father’s dangerously low platelet count was on account of being “poisoned” in prison.

Following the news of Sharif’s platelet count dropping to precarious levels, twitter was flooded with ‘get well soon’ wishes. Some twitteratis also called out ‘foul play’ behind Sharif’s ill health.

Have a look at these following tweets:

According to the medical tests carried out on Tuesday, Nawaz Sharif's platelet count had "dropped from 16,000 to a critical level of 2,000".

As per media reports, Prime Minister Imran Khan had ordered the Punjab government to provide the best possible medical care for the three-time former Prime Minister.