In An Irony, Pragya Thakur Gets Nominated To The Parliamentary Panel On Defence

Bhopal MP Pragya Singh Thakur always manages to make headlines- not for her political endeavors but for her weird, unscientific statements about cow urine or her scandalizing opinion on Nathuram Godse being a 'patriot'. Now, as per reports, in a textbook definition of irony, the terror-accused has been nominated to the Parliamentary Consultative Committee of the Ministry of Defence.

For the uninitiated, the Bhopal MP is an accused in the Malegaon blast case. Campaigning against Congress leader Digvijay Singh in the Lok Sabha polls earlier this year, she called her nomination a "satyagraha" against "false terror cases". Currently, she is on trial for several charges under the Unlawful Activities (Prevention) Act.

Thakur received flak from her party when she called Mahatma Gandhi's killer Nathruam Godse a patriot. Under pressure from the BJP, she retracted her statement.

Prime Minister Narendra Modi, visibly upset by her comments said, “Whatever has been said about Gandhi or Godse, these kind of statements are very bad and worth contempt. In a cultured society, this type of language is not permissible… Though she has apologized, I won’t be able to pardon her with my heart." 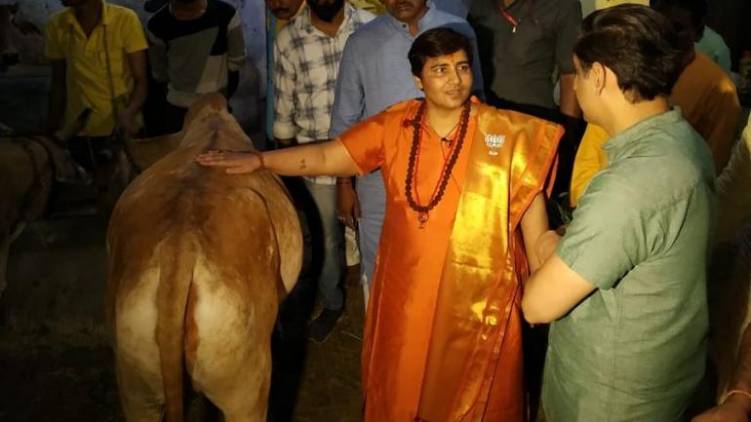 The Parliamentary Panel on Defence will be headed by Rajnath Singh and will consist of 21 members. 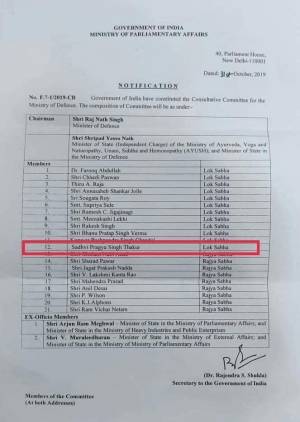 In a country with educated and young leaders who have a clear track record, people fail to see the "need" to nominate a terror-accused in a committee that is going to sit down to discuss the significant matter of national security.

Pragya Thakur is also known to casually throw around unscientific knowledge. She stated that cow urine and other cow products cured her cancer.