Along with protests, widespread debates are erupting in every household and workplace of the nation. Politicians are locked in a crossfire of words while the students and police continue to be in a standoff as protests refuse to die down.

Most recently, Finance Minister Nirmala Sitharaman has opined on Sonia Gandhi's remarks over the violent Jamia protests. On Monday, Sitharaman said that the Congress president was shedding "crocodile tears" for political gains. Talking about the police crackdown in Delhi’s Jamia Millia Islamia University, Gandhi had said the BJP government had declared a war on its own people and that “the writers of this script of polarisation” were Prime Minister Narendra Modi and Home Minister Amit Shah.

Rubbishing this attack on her party, the Union minister said that Gandhi was making statements for political gains. She also questioned Congress' role or lack thereof in punishing the perpetrators of mob violence during the 1984 anti-Sikh riots.

Also Read: Over 100 Taken Into Preventive Custody In Kerala Amid Protests Over CAA 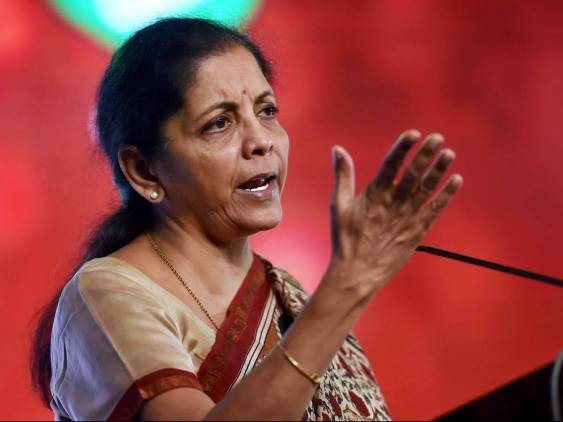 Hitting back at Sonia Gandhi, she also reminded her that under former PM Indira Gandhi's rule, students of a central university in Delhi were sent to Tihar Jail. Police had entered the university that time and the entire academic year was declared null and void, the BJP leader said.

Clearly, Sonia's remark that the Modi government has “declared a war on its own people” did not go down well with the Union Minister. “Sonia Gandhi is shedding crocodile tears for students", Sitharaman said.

"Are Smt Sonia Gandhi’s human rights reserved only for some and not for the oppressed Hindu Bengalis who have fled oppression in a much inhuman and demeaning way and are for the last several decades languishing in camps all over the country,” she asked.

The BJP minister also said that as a responsible opposition party, Congress should maintain peace and should not provoke violence.