After a public feud with music industry talent manager Scooter Braun and label boss Scott Borchetta over her music, a piece of refreshing news comes Taylor Swifts way. The 'You Belong With Me' singer bagged her 25th win and has now surpassed the King of Pop Michael Jackson's record at the American Music Awards.

The singer won the favourite pop/rock album for 'Lover'- which was her 24th win and tied her with the late MJ. 'Lover' is the first album she released with the Universal Music Group, with whom she joined hands in 2018. Swift left her lifelong label- Big Machine Label Group in November 2018 because the deal with them did not give her ownership of her own songs.

Now, the singer has won the 'artist of the year' at the American Music Awards, which makes it her 25th and broken Michael Jackson's record as the ceremony’s most-honored performer. 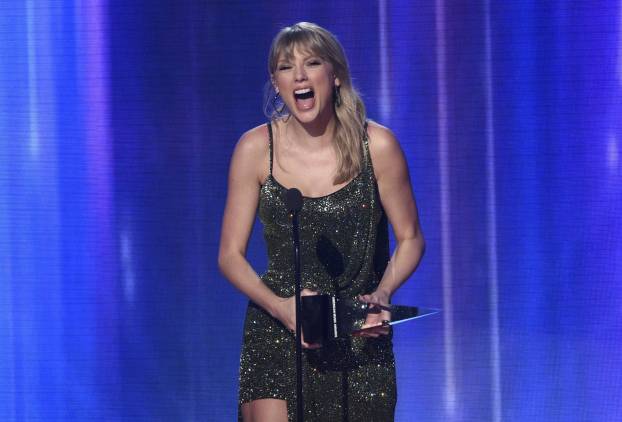 In her acceptance speech, Taylor Swift thanked her label for allowing her to freely express herself as an artist. She said:

“This album really felt like a new beginning, and I also really love my record label, Universal and Republic. Monte Lipman, Lucian Grange, thank you for being so generous to me and allowing me to make whatever music I want to make. As a songwriter, it’s so thrilling to me that I get to keep doing that. And I’m so excited I get to perform for you all later.”

Selena Gomez kicked off the American Music Awards with a dazzling performance as she was cheered on by good friends Swift and Halsey. Gomez started with her No. 1 hit 'Lose You to Love Me', and stripped down from her dress to a sparkling silver bodysuit to finish the performance with the song 'Look at Her Now'.

Also Read: Sunny Leone To Return To Ragini MMS With Another Party Anthem