Actress Parvathy Thiruvothu did not hold back words as she recently called out 'Arjun Reddy' and 'Kabir Singh' for glorifying their misogynistic male characters right in front of Vijay Deverakonda.

Her comments on the toxicity of movies like Arjun Reddy at a roundtable discussion on Film Companion won the hearts of netizens who applauded her for slamming the movie in front of its lead actor Vijay Deverakonda. As is natural, Vijay is not exactly reveling in this "celebration" at his cost. On Wednesday, during a session at the International Film Festival of India in Panaji, the actor said, "I am very irritated right now. I can't keep it in and I want to take it out. If I will keep it in, it will become a tumour inside me."

His irritation had a lot to do with how the internet reacted to the shaming of his film at the roundtable discussion moderated by Anupama Chopra.

Parvathy had a lot to say about Arjun Reddy and she did not mince her words. Her straightforwardness was followed by admiration from people who took to social media to let her know that they supported her. People also liked how the actress picked apart exactly what was wrong with the film in front of Vijay. 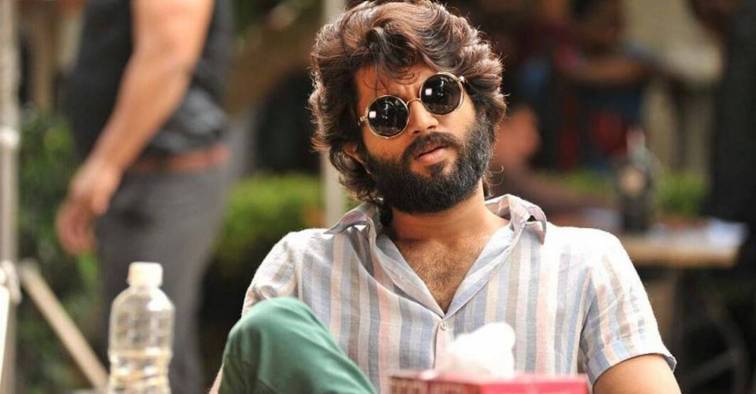 During the roundtable, Parvathy had said:

"'Arjun Reddy' and 'Kabir Singh' had the visual grammar of glorification, 'Joker' did not. At no point did I look at the character Joaquin (Phoenix) played and think 'Arre yaar, I totally agree with you. You must kill everyone'."

"We can watch a tragedy and leave it there, without feeling inspired to follow it. Whereas if you're telling there is no passion in a relationship without slapping each other and I see the comments on YouTube where people are resonating and engaging with that, you can see, engaging with that in a massive, mob-like manner. Where you're inciting violence..."

Vijay was visibly put off with all the attention Parvathy's remarks were getting. He further said, "I am normally very understanding. I give people the benefit of doubt. I saw that there was a genuine angst and genuine intention behind these questions. But these people don't know what they are talking about."

"I feel they are very misplaced. I didn't mind the question. I love Parvathy. I admire her work. What irritates me is the social media and media 'hadavidi'. People go nuts. They don't know what they are talking about. I dislike that people are celebrating at my cost. That's my issue. I don't care what you think of the film, misogyny or the interview,"

Trying to explain his side, the Telugu actor had said that it was possible for two people to be in love but still give each other "little hits and they completely understand and they're still in love". He went on to say that this type of a couple would understand Arjun Reddy. However, a person who has seen his parents hit each other would find it scary and to make films to "fit" everyone's personal lives was just not possible.