Sonakshi Sinha as Rajjo in Dabangg 3

MUMBAI: Salman Khan and Sonakshi Sinha's Dabangg 3 released last weekend and fans are lining outside the theatres to witness their magic. However, the collection of the movie has seen a dip due to the nationwide protests on the Citizenship Amendment Act. Dabangg 3's Rajjo Sonakshi Sinha recently opened up about the same and says that people know what is more important.

Speaking at an event, the Akira actress feels that the current situation of the country is more significant than any film but is still happy the way Dabangg 3 has been received by the audience. She said, "We all know what is going on in the entire country. I think people know that what is more important, but I am honestly happy with audience response to our film. At this moment, entire country has come together on this matter (CAA protests) and it is more important than a film." 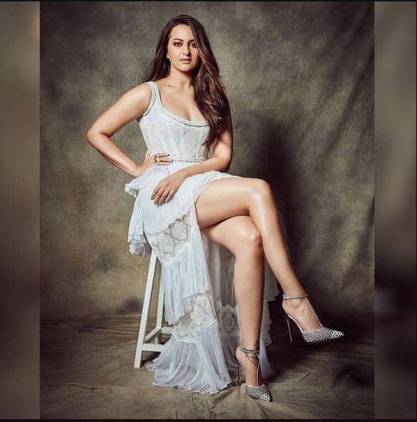 Furthermore, Sonakshi also extended her support to the people daring to come on the streets in order to protest against something which they feel is not right. She said, "I am with the people of this country. I feel the way people are protesting on streets, you can’t snatch that right from them. I am very proud of the people who have come out and voiced their opinion. I am with them." She even commented on B-Town's A-Listers who have not raised their opinion on the matter. "I think whoever wants to voice (an opinion) will voice, and whoever doesn’t want, will not. After all, that is also their right," said Sinha.

The Dabangg actress also feels that the actors are not afraid of presenting their views. She said, "I think they don’t feel scared, but when they (celebrities) hit the streets, then the entire focus shifts on them. We know media cameras start following them, and because of that other people might feel ignored. If people can understand that they are also a part of the crowd, then they would definitely come out."

Also Read: Vivek Oberoi: I Am The Comeback Kid

Talking about the film's collection, Dabangg 3 earned 24.5 crores on its release day and the collection increased to another 24.75 crores on Saturday. Besides the effect of CAA protests, the film's business has also been affected as there are reports that it is leaked on online platforms.