MUMBAI: How many times have we seen our Bollywood Baadshah rescuing her leading ladies from troubles in his films? Many times, right? Now, Shah Rukh Khan has turned from a reel life savior to a real-life savior at a recent Diwali bash hosted by the Bachchan family.

King Khan saved Aishwarya Rai Bachchan’s long-time manager, Archana Sadanand when her clothes caught fire at the party. As per reports, Archana was in the garden with her daughter when her Lehenga caught fire because of a diya but SRK was there to make sure that she was safe. 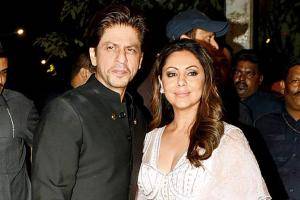 While every other person was shocked seeing the fire accident, Khan without wasting any time jumped to the scene and rescued her. He put out the fire using his jacket and ensured her safety. In the incident, Archana suffered 15 percent burn injuries whereas SRK also had some minor injuries. The manager was rushed to Nanavati hospital and was kept In ICU to prevent any infections.

As per a source, the incident took place at 3 AM. The source said, “It was just after 3 am and a few guests were still around. Archana was with her daughter in the courtyard when her lehenga caught fire. Those around were stunned and didn't know what to do. Shah Rukh had the presence of mind, rushed to Archana, and put out the fire. He, too, sustained minor burns while dousing the flames with a jacket. His only thought was to put out the fire.”

Director Farah Khan took to her Twitter handle and applauded the superstar’s effort in saving Archana. She wrote, “@iamsrk mohabbatman to the rescue! Praying for Archana ‘s speedy recovery.”

It was reported that along with Shah Rukh, Javed Jaaferi too helped in saving Archana. It was the Bachchan’s Diwali celebration that was graced by many celebrities but since the accident took place late night, many of them had already left the party by then.