Anushka Sharma To Play The Role Of A Teacher In 'Satte Pe Satta' Remake?

MUMBAI: There have been quite a few buzzes around the remake of the classic film 'Satte Pe Satta'. Earlier it was reported that the movie will star a fresh pairing of Anushka Sharma and Hrithik Roshan. Now, there is a new update about the character of Anushka that she will essay in the movie.

According to sources, Sharma will play the role of a teacher or should we say a glamorous teacher. Director Farah Khan is inspired by her directorial debut project 'Mai Hoon Na' where Sushmita Sen was seen portraying the character of Ms. Chandni, a beautiful, young teacher. 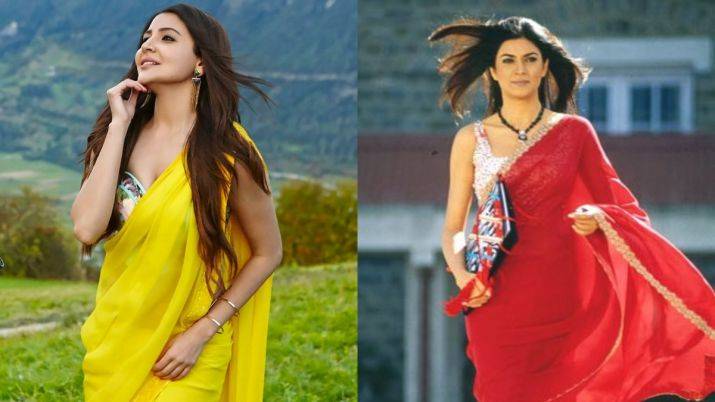 In the original 'Satte Pe Satta' movie which starred Amitabh Bachchan and Hema Malini, Hema played the role of a nurse. However, the director of the remake has made some changes in the same.

Besides, it was also reported that Preity Zinta might also join the cast and will step into the shoes of Ranjeeta Kaur. So, this can be Hrithik and Zinta's third collaboration after 'Lakshya' and 'Mission Kashmir'.

When Farah Khan confirmed that she and Rohit Shetty will be collaborating on an upcoming project, she also hinted that it will be the remake of the 1982 hit 'Satte Pe Satta'. When asked whether the speculations of the lead cast were true or not, Khan said, "Rohit is producing the film and I am directing it. Unless we come together and make a proper official announcement, everything is speculation. Hopefully, we will make the announcement by Diwali. I am waiting for Rohit, because he is quite occupied these days, finishing the last leg of the shooting of his film Sooryavanshi. Let people continue guessing and the reports run. I would still say those are all speculation."

Now that Diwali has already passed, we are wondering when the makers would officially announce anything about this upcoming movie. Fans are too excited for this remake and expectations are already high.

Also Read: Wedding Bells Soon For Malaika and Arjun? The Latter Has This To Say

On the work front, Hrithik Roshan will next be seen in the fourth installment of hit franchise 'Krrish'. Anushka Sharma, who was last seen in 'Zero', is yet to announce her upcoming movie.