According to fellow Gryffindor Ron Weasley aka Rupert Grint, there were “sparks” between former co-star Emma Watson and a certain Slytherin who liked to complain to his father a LOT! Yup! We are talking about the handsome Tom Felton.

Speaking to Entertainment Tonight, Rupert admitted that there was always ‘playground romance’ between his co-stars during their Harry Potter days.

Fellow Potterheads? Are you screaming too?

When asked if he could see the two together, Grint replied with a “Yeah I could”. “There was always something. There was a little bit of a spark.” 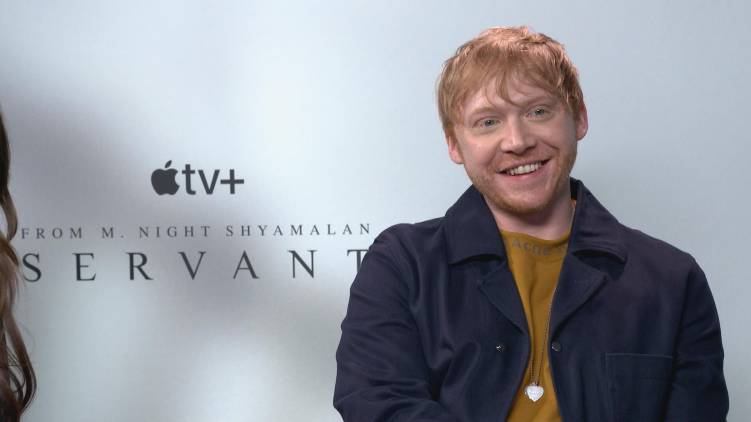 The 31-year-old actor said that he didn’t want to stir up any rumours…but boy did he? He stirred up a cauldron full of gossip. Mischief was certainly not managed. “But we were kids. It was like any kind of playground romance … I didn’t have any sparks. I was spark-free.”

Also Read: Ajay Devgn On Reuniting With Wife Kajol: 'It Felt Like Home'

Rupert also talked about not watching any of the eight Harry Potter movies during his time working on them. Just recently he watched the first part- ‘Harry Potter and the Sorcerer’s Stone’. He said, “You watch us grow up through all the awkward teenage stages, and it’s not something that I’ve ever really wanted to revisit.”

Emma Watson and Tom Felton who played Hermoine Granger and Draco Malfoy respectively in the Harry Potter franchise have remained close friends after the series ended. In August Felton posted a picture of the two where he is giving guitar lessons to Emma.

Recently, Emma, commenting on her relationship status called herself “self-partnered”.

“I never believed the whole ‘I’m happy single’ spiel. I was like, ‘This is totally spiel.’ It took me a long time, but I’m very happy [being single]. I call it being self-partnered,” she said.

Felton praised her newly coined term and while speaking to Daily Mail he said, “I’m in the same category, to be honest with you, quite happily self-partnered.”